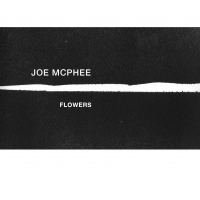 Multi-instrumentalist Joe McPhee has a long history of solo albums stretching back to Tenor (Hat Hut, 1976). Furthermore he's one of the few improvisers still to regularly perform and record in that format. Flowers, his eleventh unaccompanied release, was recorded at the Jazz ao Centro Festival in Coimbra in 2009 and rescued from obscurity by the Portuguese Cipsela imprint. As he explains during the show, the title is an allusion to McPhee's credo that we should give our heroes their flowers while they are still with us, rather than only after they have passed. That's manifest in the dedications attached to each track.

McPhee is a master at inventing figures and melodies as the foundation for his excursions which take in more extreme elements of the sound spectrum. It's that fascination as to how McPhee will plot a course on the continuum between form and abstraction in any given piece which forms a large part of his enduring intrigue and appeal. On "Eight Street And Avenue C," he seesaws between the two poles. He begins with keypad pattering and breaths, which transmute into barely articulated notes arranged in a simple motif. McPhee is probably the foremost exponent of wordlessly singing through the horn as he blows, a technique which packs a devastating visceral punch and is deployed both on this number and elsewhere through the proceedings.

Nearer the compositional pole are two selections which stem from his pen. "Old Eyes," from his 1979 Hat Hut LP of the same name, is dedicated to Ornette Coleman, who was still very much alive at the time. McPhee realizes it as a searingly beautiful lament, which also incorporates a quote from Coleman's "Dancing In Your Head," amid a series of typically cryptic squealing tangents. "Knox," dedicated to Willisau Festival organizer Niklaus Troxler who was present at this concert, begins as a stalking riff, before raising the hairs on the back of the neck with yet more electrifying vocal outbursts.

On "The Whistler," McPhee yet again creates an emotional charge, this time by plaintively whistling an extemporized tune, which he picks up on saxophone three minutes in, to spin off towards post-Ayler intensity. Eventually he returns to the susurrations and keypad noises, and ghostly tones which started the recital, before ultimately whistling the reprised theme. That encapsulates his amazing structural sense, recalling both the starting points of the whole performance and the individual improvisation. Two further cuts, likely encores, round out the 54-minute program, which constitutes one of his most successful solo outings.