By C. Michael Bailey
January 15, 2020
Sign in to view read count
Every year there is music that always gets away. Here are five notable releases that were nearly missed. 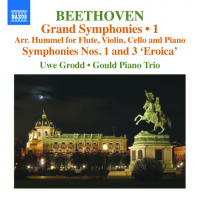 Piano transcriptions and symphonic reductions were very common in the 17th Century, providing a way to disseminate music for performances in homes and parlors. These reductions also provided a needed revenue stream for musicians and composers otherwise having to rely on external patronage for support. Composer and pianist Johann Nepomuk Hummel was no exception. A student and friend of Beethoven, Hummel reorchestrated seven of Beethoven's nine symphonies for flute, violin, cello, and piano. These performances are a nice accompaniment to Franz Liszt's piano transcriptions. The flute with a piano trio provides the smallest orchestral unit possessing the necessary tonal instruments.

The first of what promises to be multiple CD releases features Beethoven's first and third symphonies. The performances are paced briskly, but not harried and are delightful. One can "see" the skeleton of Beethoven's symphonies in these reductions better than in the piano transcriptions (that have their own charm that is altogether different). Symphony No. 1 almost sounds pastoral, begging the question of Symphony No. 6 will sound like. At once spare and revealing, Symphony No. 1 reveals Beethoven's sunny Classical sensibility in a way the full orchestra (save for the early, historically-performed exercises) never could. Symphony No. 3 is something else altogether, because it is not Symphony No. 3 at all, but Symphony No. 2, whose performance is quite excellent, but cannot forgive Naxo's pornographically poor quality control. 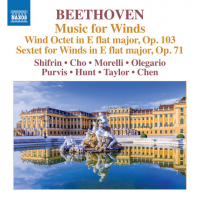 These performances are lively and animated, provided by a group of accomplished players, with professorships at leading institutions such as the Yale and Manhattan Schools of Music, the Juilliard School, Adelphi University, among others. This recording, forms part of the Naxos 90-CD box set of Beethoven's complete output that celebrates the 250th anniversary of Beethoven's birth in 2020. 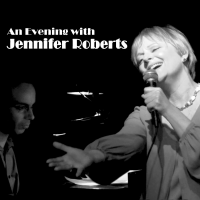 Jennifer Roberts is both a singer and actress with a musical theater background and experience in television and film. Her musical theater experience is well represented on her live recording An Evening with Jennifer Roberts. Her liner notes reveal that this performance began as a cabaret show that morphed into an overall project incubating over 15 years. Classically-trained as a vocalist, excelling in ballads, Roberts and company assembled a collection from the Great American Songbook, sprinkled with some modern fare (David Frishberg's "Sweet Kentucky Ham," Bonnie Raitt's "Home," and Curtis Mayfield's "People Get Ready." Directing with Roberts is pianist and music director Tedd Firth, who's playing provides an intimate Broadway practice session vibe. The two have fun with a mashup of Maltby and Shire's "Travel" with Kurt Weil's "Little Gray House" giving the recording a sunny and harried beginning. The showtunes are treated thusly, with "I Didn't Know About You" and "Mean to Me, the latter transformed by Roberts's practiced and informed delivery. With pleasant surprise Roberts exercises her country chops on "Home," Firth's piano approaching Floyd Cramer by way of Richard Rodgers. Experience always wins out, talent alone never being enough. Jennifer Roberts has a passel of both as amply demonstrated here. 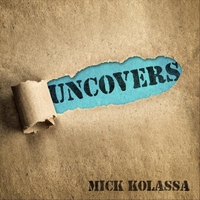 Uncovers is a slim, four-song EP, featuring Mississippi blues man Mick Kolassa doing something he does best: covering non-blues songs in the blues vernacular. Kolassa with Mark Telesca, released You Can't Do That! -Acoustic Beatles Blues (Swing Suit Records, 2017), showing his muscle with such material and including one Beatles's tune here, "I Feel fine" from Beatles '65 (Capitol, 1964). Guitarist David Dunavent and harmonica player Eric Hughes add a back porch patois to the song.

Kolassa opens with a full-band treatment of Randy Newman's "Mama Told Me Not to Come" played in a loping, swinging style. Hughes pulls out his best overdriven Little Walter on the piece. Very nice drama. Kolassa is conversational and obviously having a good time. Kolassa does the same with The Temptation's "I Can't Get Next to You." He growls his way through the old Boxtops/Joe Cocker tune "The Letter" that, while effective, suffers from previous, icon-driven interpretations. But, then again, that never stopped Mick Kolassa from covering a song. Hey Mick, now finish out an entire recording like this. 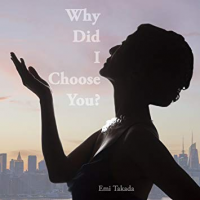 Emi Takada
Why Did I Choose You
Self Produced
2019

Emi Takada has already established herself as a formidable vocalists with previous self-produced releases My Little Cottage (2012) and I'm All Smiles (2014). She has migrated from music of her native Japan to the Great American Songbook and doing so with only the merest hint of accented English. Her repertoire on Why Did I Choose You continues to address the more covered material, "It Might As Well Be Spring," "You Must Believe In Spring" (too bad she did not hit the trifecta by including "Spring Can Really Hang You Up the Most"), "I'm IN The Mood for Love, " and "Ev'ry Time We Say Goodbye" are all here are are performed well. Conspicuous in the musician lineup are guitarist Satoshi Inoue and bassist Neal Miner, who anchor this combo while also capably soloing when called upon.