By JIM SANTELLA
August 1, 2000
Sign in to view read count 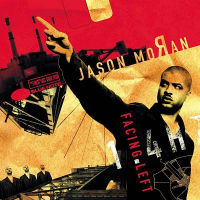 A creative artist, who espouses originality, Jason Moran has sidestepped the critics with his modern mainstream approach that blends in elements from all over the spectrum. The pianist and composer has been reviewed with eyes and ears that paint his melodies as unmemorable and academic. It’s possible that some of the criticism has been tempered by a natural dislike for advertising hype and a backlash against the "new young lion" tag. Some of the criticism is of the "technician versus emotion" variety. While both areas are subjective, many tend to disagree on what constitutes deep emotion or heartfelt expression in a performance.

Moran’s second album ignores the critics. Rather than display lingering, romantic melodies on his sleeve, the pianist has chosen to continue with what he does best. Like his early influence Thelonious Monk and his teachers Jaki Byard & Richard Muhal Abrams, Jason Moran applies a considerable amount of energy to each piece. That force tends to weave several lines at once, while involving his bassist and drummer in every aspect. Together, they explore and come up with unpredictable displays every time. The pianist’s own thoughts about this album are included on his web site , which includes MP3 excerpts of Taurus Mateen’s "Another One" and Moran’s "Thief Without Loot."

Duke Ellington’s "Wig Wise" and "Later" build from quiet, passionate beginnings to energetic adventures. Jaki Byard’s "Twelve" travels up-tempo and bright, while "Fragment of a Necklace" skips softly as a danceable ballad. Moran’s six compositions exude drama, interaction, variety of direction, and teamwork. Continuing along his own path, the pianist takes a winning team to bat without reliance on any kind of script.