By AAJ Staff
September 1, 2000
Sign in to view read count 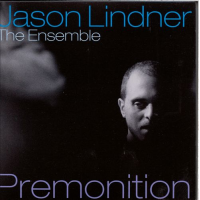 It seems that Smalls in New York City is becoming one of the primary jazz incubators of the millennium, in the same manner but maybe not in the same degree as Minton's or Monroe's in the 1940's. Many of the newer, and more experimental, musicians are finally attaining recognition for the work that they debuted at Smalls. In addition, some of the more recent additions to the vocabulary of jazz rose to recognition there.

That's certainly the case with Jason Lindner, known previously as a tremendously talented pianist who can perform in numerous meters and with various ethnic sensibilities, such as those introduced on Avishai Cohen's or Claudia Acuna's albums. In fact, until now, Lindner has been so undiscovered and cultish that Down Beat misspelled his name. After the release of Premonition, I doubt if Down Beat makes that mistake again.

Lindner's debut album on Stretch is a shocker.

While Lindner could be expected to step out front of a small group with a variety of sensibilities, as he has done in the past, instead, Premonition unleashes his potential as a major arranger and a leading pianist. Avoiding the temptation to throw in every bag of tricks on his first album, Lindner has developed a coherent and mature repertoire that stresses group unity, textures of sound, and interwoven horn parts while he remains conspicuously out front as the instrumental leader.

Working with a twelve-piece band, Lindner attains the sound of a big band, primarily with voicings reminiscent of Gerald Wilson's, right down to his brass accents and surprising pauses. The differing approaches of the arrangements establish and retain the listener's interest, yes. The mere fact that a working band is recording multi-hued prisms of sound while allowing for individual solos that fit within the entire spectrum is an idea as old as Fletcher Henderson or Jimmie Lunceford. Yet, the concept is seldom engaged, except for Maria Schneider's rare recordings.

Premonition is an album of contrasts within a consistent architecture. "U Near Blew!" shows that the band can swing in a shuffle-rhythmed blues as the brass colors the piano work. Then, "Space -Parts I & II" create free moans and wails among organized dissonance that eventually takes shape through subtle piano vamps or rhythmic pulse before dramatic crescendoes and rests. Why oh why, though, did Lindner succumb to rap poetry on "Mary's Vibe," the rhymes as obvious and forced as that of most other rap poetry. What would Mary Lou Williams, to whom the tune is dedicated, think of such degeneration of the music?

With the exception of "Mary's Vibe," though, Premonition emerges as one of the most unexpected and original albums of the year.