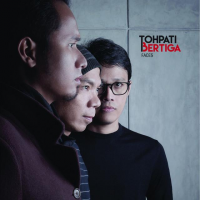 The program is jam-packed with scathing licks, super-tight grooves and memorably melodic primary themes amid a host of split-second detours and precision-oriented unison runs. The trio gels to a punchy jazz rock and funk motif on the vivacious "Bright Side," where Tohpati wreaks a bit of fun-loving havoc via his twisting lines as he bends notes into submission while spiraling into the heavens. However. "Bluesphoria" is a Canned Heat style boogie blues, spiced with classic rock overtones and finger-snapping riffs. They also blend prog rock nuances into the mix, amped by the leader's blistering solos and off-centered time changes that elevate the piece into more than just a boilerplate blues vamp.

Shifting paradigms are in abundance throughout. For example, "Sweet Talk" is flavored with the guitarist's chunka-chunka chord voicings and jazzy licks, counterbalanced by drummer, Bowi's indigenous percussion foray and the group's odd-metered unison choruses and sweltering impetus. Tohpati's fluent lines are energized with howling accents during other works that are designed with driving beats and changeable patterns. Essentially, the musicians get their point across rather concisely, seemingly fueled by a V-8 engine with the mobility of a tiger briskly stalking its prey.