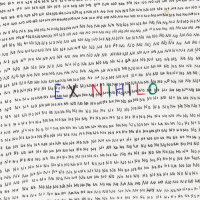 As one half of Binker and Moses with drummer Moses Boyd, saxophonist Binker Golding has already made three keynote contributions to the London scene with the ferocious Dem Ones (Gearbox, 2015), Journey To The Mountain Of Forever (Gearbox, 2017) and Alive In The East? (Gearbox, 2018).

It is impossible to overstate the significance of those albums. The 15-minute two-hander by John Coltrane and Elvin Jones on the title track of Coltrane's live album One Down, One Up (Impulse, recorded 1965, released 2005) is for many people the holy grail of tenor saxophone and drums work-outs. Yet the duo tracks on the Binker and Moses albums can be played right after Coltrane and Jones' mastermoment without being diminished. This is not to liken Golding and Boyd to Coltrane and Jones. Both partnerships are defined by their sound, that is to say "sound" as it is meant among jazz musicians as a near-mystical term of art—and Golding and Boyd together have their own, unique sound.

Golding seems to have a taste for duos. Ex Nihilo finds him in a new one, this time with off-the-wall keyboardist Elliot Galvin. "You prayed every night to sweet baby black Jesus that this would happen," said Golding in a recent tweet. Now it has, and the wish made reality fulfils expectations.

As readers will have inferred, the album's title is an abbreviation of Roman philosopher Lucretius' motto "ex nihilo nihil fit," which translates as "out of nothing comes nothing" and by which he meant hard work is necessary to achieve a worthwhile result. And boy, what a result we have here. Wholly free to Binker and Moses' semi free, hence the abbreviation of the motto, Ex Nihilo is a bushfire on which Golding goes further out both harmonically and tonally than is his custom with Boyd. In Galvin he has another fearless and creative partner—as Lucretius also wrote, "necessitas duo Tango."

The disc was recorded at London's small but perfectly formed experimentalist-inclined club The Vortex, just around the corner from the more capacious Cafe Oto and the bijou Servants Jazz Quarters, and a couple of stones' throws from the late lamented Total Refreshment Centre—all of them venues known for their adventurous booking policies (not for nothing did Japanese Vogue recently call the neighbourhood, Dalston in north-east London's Hackney, "the hippest place on the planet").

In a tweet flagging the inclusion of Alive In The East? in this writer's AAJ list of top ten albums of 2018, Golding said: "The perfect gift for a loved one this Christmas (as long as that loved one has a high tolerance for shit loads of energy & dissonance)." Ex Nihilo is similarly choice. This year, Christmas has come early.