By DAN MCCLENAGHAN
September 26, 2016
Sign in to view read count 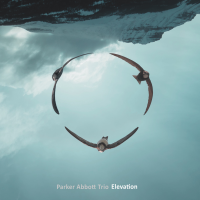 It's hard to imagine a musical palette with more sonic possibilities: It's a bunch of 88s: two pianos, combined with an array of electric keyboards: Moogs, MicroKorgs (sounds like small aliens from the planet Korgon), glockenspiels, melodicas, a Hammond B-3 organ, a Nord Electro, a Microbrute (a diminutive schoolyard bully?), a Moog Sub Phatty. And throw in some inspired drums and percussion.

That's Toronto's Parker Abbott Trio. Two keyboardists—Teri Parker and Simeon Abbott, along with drummer Mark Segger—who offer up here a set of succinct (in the three to five minute range), well-crafted tunes that sound like a cocktail mix of pop/rock sensibilities stirred up with Medeski Martin & Wood, with a shot glass Brad Meldau poured into the concoction—specifically, the Largo (Nonesuch Records, 2011) set, with more of a sense of fun.

"Everyday Grey" opens the set sounding like something out of the Nirvana songbook, a trudging, gloomy rhythm sprinkled with piano sparkles. "Octopus" steps lightly, with all eight legs—or four hands, more accurately—with piano and electric keyboard dancing a hot jitterbug with each other. "Nothing Left To Eat" shimmers on a slow search through the empty cupboard in the beginning, before it bursts into a brief rock-groove rhythm that slips, back to the shimmer, and again to the groove. "Night Song" is dreamy, diaphanous, pensive, beautiful.

Elevation is an offering made of a focused musical vision. Repeated listens are well-rewarded.