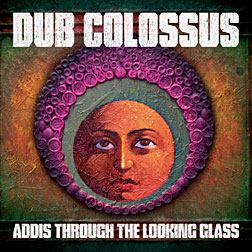 Addis Through The Looking Glass

Modern Ethiopian recordings were largely unknown abroad until 1997, when France's Buda Musique label launched its Ethiopiques CD series. The reason had nothing to do with the music, which was wondrous and varied and splendidly distinctive, and everything to do with the Dergue, the military junta which ruled Ethiopia from the overthrow of Emperor Haile Selassie in 1974 until its own downfall in 1987. The Dergue suppressed the live music scene and the independent record labels which had emerged towards the end of Selassie's rule, in defiance of his placemen's legally protected monopoly over the record business. The infant music business in Addis Ababa, Ethiopia's capital, was practically strangled at birth, and took a decade and more to recover.

Ethiopiques, which by late 2010 had notched up 27 albums of reissued and newly recorded music, and is still growing, opened the doors and let out the light—as had, briefly but spectacularly, Belgium's Crammed Discs label, with its 1986 rerelease of singer Mahmoud Ahmed's landmark 1975 album, Ere Mela Mela, now available as Ethiopiques 7.

But it was not until 2005, and the release of Jim Jarmusch's movie Broken Flowers—which featured Ethiopiques 4: Ethio Jazz & Musique Instrumentale 1969-1974 prominently on its soundtrack—that Ethiopian music, particularly the Ethio-jazz of bandleader and composer Mulatu Astatke, took a grip on the imaginations of European and North American musicians. Since then, a number of bands have formed, championing Ethiopian styles and weaving them into their native jazz, dub and funk musics.

Step forward Dubulah, aka Nick Page, a London producer and musician, who travelled to Addis in 2006 to immerse himself in the scene. With singers Sintayehu "Mimi" Zenebe and Tsedenia Gebremarkos Woldesilassie, singer and messenqo (one-stringed violin) player Termage Woretaw, tenor saxophonist and clarinetist Feleka Hailu Woldemariam and keyboard player Samuel Yirga, along with a crew of London-based jazz and reggae musicians, Dubulah formed Dub Colossus. The group debuted in 2008 with A Town Called Addis (Real World), on which the echoes of 1970s roots reggae rang loud.

With the release of Addis Through The Looking Glass, Dub Colossus has almost outgrown the "dub" appellation and its associated reggae connections. Dub aesthetics continue to color most tracks—and there's a reverential cover of The Abyssinians' 1976 roots classic, "Satta Massagana," and a more mutated reading of Althea & Donna's 1977 pop hit, "Uptown Top Ranking"—but the presence of Ethio-jazz and traditional Ethiopian vocal music is now equally keenly felt. On this album, the group sounds more like a Ethio-jam band, albeit with a bigger lineup than your typical jam band, with featured vocalists (singing in Amharic and English) on most tracks and horn arrangements which winningly combine Ethio-jazz and Jamaican tropes.

There are two horn sections; the London-based Horns Of Negus, and the Addis-based Bole Better Brass. Both include compelling soloists, and in reed player Wondwassen W-Sellasie and trumpeter Solomon Betrmariam, Bole Better Brass, who are featured on two tracks, have a pair of remarkable, world class talents. Other instrumental luminaries include keyboardist Yirga, who plays in an adventurous, if Astatke-influenced style, reed player Woldemariam (his tenor solo on "Satta Massagana" is a jewel of gritty lyricism), Horns Of Negus trumpeter Jonathan Radford, and Dubulah himself, playing guitar, bass, keyboards and percussion (possibly including the uncredited vibraphone which adds its spacey magic to a handful of tracks).

It is all well-crafted and passionately felt, and Addis Through The Looking Glass is highly recommended. Who would have thought, when Ethiopiques launched in 1997, that Ethiopian music would come up to bump like this, going on 15 years later? Or come to that, also in 1997, when Nigeria's Fela Kuti died, that Fela! would be the Broadway musical smash of 2010? Strange tales both of them, but, happily, both true.