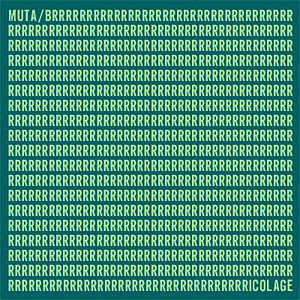 Quite the collective, MUTA makes soundscapes from a cooperative effort that is nearly solo-free. That is, the trio of flautist Alessandra Rombolà, electric harpist Rhodri Davies and percussionist Ingar Zach set aside any individual ambition on Bricolage, to create a consistent and cogent statement.

Formed in 2003, the players have one previous release, Yesterday Night You Were Sleeping At My Place (Sofa, 2007). Their approach of slowly building upon minimal sounds, drones, and altered pitches occupies the field of electronics, but more so the trio relies heavily on its own instruments and each players' extended techniques.

Each piece explores differing textures and tones. "Ilinyn" is sort of a buzzing electronics project that changes into a clattering metallic trek, with gargling flute and varies pieces and parts shuffled. That shuffling—or better, mingling—is a common theme here. "Goriwaered" begins and ends with no reference points, somehow existing in popping percussiveness and electronic sizzle. Rombolá's flutes and tiles sometimes have air passing through or over them to stimulate a feeling more tactile than aural. When she does exercise her flute, it is a response to Davies' solid tone generation, and Zach's bowed percussion work.

Each piece acts as sort of a comment on a minimalist structure, an unhurried, mostly rhythm-free construction of sound. Quite an impressive accomplishment.