By Mark Sullivan
March 24, 2016
Sign in to view read count
There must be something in the air, as the Dominican Republic suddenly finds representation on two latin jazz releases from Summit Records. The Dominican Jazz Project grew out of pianist Stephen Anderson's visit to the 2014 Jazzomania Jazz Festival in Santo Domingo. After an additional visit—and additional new musical friendships—the group agreed to record together. So it is essentially a small cooperative group, although about half of the compositions are Anderson's.

Composer Socrates Garcia leads a big band and is also responsible for arrangements and conducting. Garcia is a native of the Dominican Republic, but is currently Director of Musical Technology at the University of Northern Colorado (certainly not the first place I'd think of as a center of Dominican jazz, but the proof is in the pudding, as the saying goes).

While these groups differ greatly in scale, they share a melding of jazz with Dominican music forms like the bachata and merengue, as well as traditional rhythms. 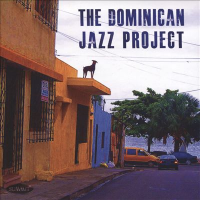 Guitarist/vocalist Carlos Luís makes his first appearance on his ballad "De Humo y Lunas," which also features Guillo Carias on clavietta (a harmonica-like reed instrument in the melodica family). Through the rest of the set these two only appear on each other's compositions, lending a folkloric flavor which contrasts nicely with the more jazz-flavored quartet tracks.

Saxophonist Gabriel contributes one memorable tune, "A Dominican in North Carolina." Luís's "Vocalizo" is a beautiful vocalise, his wordless vocals reminiscent of Milton Nascimento. His acoustic guitar playing is largely limited to accompaniment, but he finally takes a brief solo on his own "En la Otra Orilla." Fittingly, the set closes with Carias's haunting "Zamira," which employs the entire collective: quartet, guitar, clavietta, and Juan Alamo's congas.

It's not hard to hear why these musicians decided to document their playing together. Their album is full of creative energy and the joy of musical discovery. 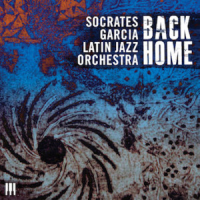 The autobiographical aspect of the project is carried through in the song titles and stylistic choices. "Vantage Point" is based on the most emblematic Dominican genre, merengue, and features soloists Ryan Middagh (baritone sax) and Manuel Tejada (piano). "Calle el Conde a Las 8:00" is named for the historic street frequented by Garcia as a youth, a hub of artistic activity. Soloists are soprano saxophonist Wil Swindler's Elevenet and trumpeter Jordan Skomal. "Celebration of the Butterflies" is a hommage to the slain protesters the Mirabal sisters, and by extension a voice for non-violence against women. Kenyon Brenner solos on tenor sax, and guest guitarist Steve Kovalcheck turns in a memorable jazz guitar solo as well. The title tune is based on the bachata, a musical style developed in the Dominican Republic in the 1960s. Garcia's musical autobiography is encapsulated in its merger of bachata, jazz, and a bit of rock music (with Garcia himself providing the guitar).

The program closes with the most ambitious piece, the three part "Dominican Suite For Jazz Orchestra." Some of this music was composed as part of his Doctoral dissertation, and was the inspiration to record this CD. "Homage to Tavito" salutes saxophonist Tavito Vasquez, the "Charlie Parker of the Caribbean" who combined bebop with merengue. No saxophone solo, but the spirit is evoked by trumpeter Brad Goode and Tejada's piano. "Bachata For Two" honors Garcia's wife Wanda, including another solo from Goode. "From Across the Street" is the only vocal selection on the album. By far the most folkloric sounding track, it evokes the Dominican folk music called Palos or Atabales, which includes heavy drumming and singing. In addition to the group of singers and drummers that begin the piece, it features Swindler's soprano sax and tambu drum soloist Rafael Almengod.

Tracks: Vantage Point; Calle el Conde a Las 8:00; Celebration of the Butterflies; Back Home; Dominican Jazz Suite for Orchestra (Homage to Tavito / Bachata for Two / From Across the Street).