Home » Jazz Articles » Vula Viel: Do Not Be Afraid

By Gareth Thompson
January 15, 2019
Sign in to view read count 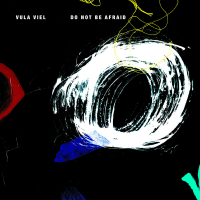 Having once wowed audiences at the London Jazz Festival, Vula Viel acquired a more unlikely fan in the shape of Iggy Pop. Maybe it's this trio's post- punk verve that grabbed the Stooges frontman, or Pop might have been seduced by hearing the gyil (Ghanaian xylophone) in such an original context.

Bex Burch was training as a classical percussionist when she made a trek to Upper West Ghana. Whilst engaged in farming there, she studied with xylophone artist Thomas Segura, then returned to England and formed Vula Viel. The name translates as Good Is Good (from the maternal language of Ghana's Dagaaba people) and also served as the band's debut-album title. A vibrant mix of traditional pieces it used gyil, sax, keyboard and vibes to give a spicy twist on Afro jazz. For this second outing Burch trusts her own compositions to make an impact, which they certainly do.

Do Not Be Afraid offers a rainbow of spiritual songs and rhythmic stomps. "Well Come" opens on a breath of conch, like a sigh from creation's dawn, as woodblock knockings go rattling out. Burch's gyil swoops in to add both rhythm and melody, sounding refined yet ritualised, impromptu yet exact. The title track is one of several to feature guest singers, where the lyrics are simple mantras with a modern kick. Each is like a melodic chant for personal growth, but in this album's context they might also pass for field hollers or gospel choruses. "I Learn" includes the Dagaare line 'Fo tu me na' ("You insult me") over wild tempos, then "Inside Mirror" also dances into a wounded psyche.

Burch caresses the bones of her instrument on "I Love You" and "We Are" as if to shiver our own ribs and tendons. For this album she teamed up with award-winning composer Jim Hart (drums, vibraphone) and Italian bassist Ruth Goller, who add a throbbing pulse throughout, not unlike their counterparts in New Jersey's excellent Joy On Fire. The gyil might be an instrument used at funerals, but its woody warmth finds a life-giving energy in Burch's hands. It's almost like these sacred slats have their own language and they're desperate for Burch to translate.

But for all the embellishments, there's a strand of minimalism here that could entice fans of Colin Stetson, The Necks or devotees of Steve Reich's marimba works. And whereas one might hear sax or keyboard simulations in the tone of vibraphonists Milt Jackson or Gary Burton, Burch's gyil is closer to the primal human voice in timbre. Likewise, the swinging bliss of Vula Viel's music comes direct from the source.

Well Come; Do Not Be Afraid; I Learn; Inside Mirror; Fire; I Love You; Breathe The Air; We Are.