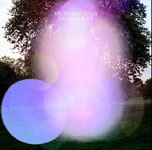 While music of the dance floor is often mistakenly considered as lacking in substance—great beats, but nothing more—electronica artists and even cross-pollinating jazzers like Nils Petter Molvaer, Bugge Wesseltoft, and Eivind Aarset are proving that it's possible to make music equally engaging for the mind and body. Certainly Wesseltoft's New Conception of Jazz Box (Jazzland, 2009) makes a strong case for music as weighty as it is booty-shaking. London's Idjut Boys (Dan Tyler and Conrad McConnell) and Norway's Rune Lindbæk may come more from the pop/techno/electronica side of the equation, but their collaboration as Meanderthal is a compelling blend of propulsive rhythms, expansive textures, memorable melodies, and groove-based jams, making Desire Lines an instrumental album that possesses all kinds of crossover potential.

Some comparisons might be made to the more trance-inducing and progressive aspects of Porcupine Tree, but Steven Wilson's group has never been this warm and acoustic. While electronics figure into Desire Lines, it's a largely mellow affair, with few jagged edges or sharp corners. Instead, Tyler, McConnell, and Lindbæk make music that references and blends everything from African Highlife to roots Americana, as the immediately catchy opener, "Kunst Or Ars," successfully mixes a buoyant, Afro-beat bass line with Bill Frisell acoustic simplicity and Caribbean-style pan drums.

The title track leans closer to early Porcupine Tree's drug-induced hypnotica, but acoustic guitars still dominate, until electric guitars gradually assert themselves later in the track. As its unshakable groove provides the foundation for electronic soundscaping, the tune gradually intensifies into one of the most fervent tracks on the disc before returning to a more relaxed vibe—jazzy, even—featuring some light electric piano.

Discrete though the tracks are—and custom-made for today's download generation—Desire Lines still benefits further by being absorbed as a 44-minute whole. As the album progresses, the sonics become more layered and dense; references to everything from Gamelan to Jon Hassell (albeit with more conventional rhythms) abound on tracks like "1-800-288-SLAM," but even with the reverb-drenched "Collective Fetish," it's acoustic, electric, and pedal steel guitars that ride over the gentle but unrelenting rhythm. The brooding yet up-tempo "Lasaron Highway" builds the album to its most feverish pitch, with elements of dub, techno, and ambient music combining in a distinctive fashion, before closing with the acoustic piano-driven "Bugge's Room," a clear nod to Wesseltoft, who in addition to being a groundbreaking musician, is a label owner and ongoing discoverer of new talent.

Filled with strong grooves, varied but always appealing sonics, and an overall relaxed ambience, the ever-attractive Desire Lines is a compelling first-time collaboration that will hopefully become more than just a one-time affair.