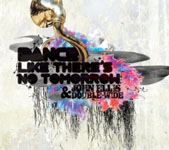 The tragedy of Hurricane Katrina, which laid waste to much of New Orleans in August 2005, has inspired a clutch albums lauding the city and its people, and lambasting the colossal failure of the US government to pick up the pieces. Some of these tributes have been heartfelt; others have appeared opportunistic, going on cynical. Until now, the most eloquent and credible has probably been trumpeter Terence Blanchard's magnificent A Tale Of God's Will (Blue Note, 2007), subtitled "A Requiem For Katrina," and featuring Blanchard's road band alongside the Northwest Sinfonia.

Blanchard's opus has now been joined by another engaging, and patently sincere, disc—saxophonist John Ellis' Dance Like There's No Tomorrow, a rude and vigorous wake to set alongside Blanchard's sophisticated and elegiac concerto.

North Carolina-born Ellis, who spent some of his formative years as a musician in New Orleans, set out to make an album taking dance as its reference point and, along the way, celebrating defiance in the face of adversity. New Orleans, Ellis writes, has always known how to live for the day and "dance like there's no tomorrow." The saxophonist has brilliantly captured this spirit with his by now well seasoned blend of funk, old school R&B and creative modern jazz.

Ellis' not so secret weapon on the album is the sousaphone player Matt Perrine, whose thumping but surprisingly agile monster of an instrument does more than simply take the place of a stand-up bass. Ellis and Perrine first played together in the mid-1990s, on a gig at New Orleans' Showcase Lounge, and Ellis has wanted to record with him ever since. Dance Like There's No Tomorrow provided the perfect occasion. Perrine's presence is, of course, immediately redolent of New Orleans and its marching bands, and his with-Ellis unison theme statements, counterpoints and riffs give the music much of its character. He also contributes a couple of nimble and inventive solos, using the full range of the sousaphone from trombone to bass tuba.

For the most part, Ellis sticks to tenor saxophone, played in his characteristically rugged, vocalised style, on a set of original compositions which signpost a variety of dance styles. The album kicks off with the sanctified funk of "All Up In The Aisles," moves through the lascivious "Three-Legged Tango In Jackson Square," the perky and heavily wierded-out "Zydeco Clowns On The Lam," the prettily lyrical "Tattooed Teen Waltzes With Grandma," on to the up close and personal "Prom Dance," played with none of the instrument's latent stridency on the bass clarinet, and ends with the full-tilt boogie of "Dance Like There's No Tomorrow."

Hammond organist Gary Versace (on accordion not for the tango but for the zydeco) is another joyful presence, turning out some singular post-psychedelic solos alongside classic Jimmy Smith chicken shack grooves. Drummer Jason Marsalis, whose ecstatic, cross-rhythmic solo on the title track rings in the ears long after the album closes, cooks at a fierce heat throughout.

An uplifting, rough-diamond hour of music and a tribute which the Crescent City will be proud to embrace.