By Edward Blanco
November 22, 2011
Sign in to view read count 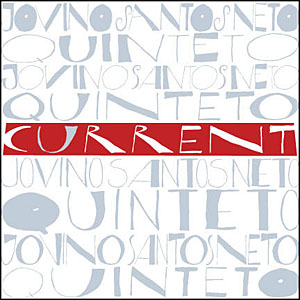 Three-time Latin Grammy-nominee Jovino Santos Neto's Current features all new originals covering a range of Brazilian styles from contemporary and choro to baiao, samba and others. Santos Neto has toured the world, performing with mentor Hermeto Pascoal, Bill Frisell, and Paquito D'Rivera, among others, and his long discography has established him as one of today's top Brazilian jazz pianists/composers. Yet this album was penned exclusively for his Seattle-based Quinteto, the group he formed in 1993 after relocating from his native Rio de Janeiro, and with which has since recorded multiple CDs.

Apart from his obvious talents as a composer and band leader, Santos Neto is also a multi-instrumentalist who, besides playing piano, also performs on Fender Rhodes, flute, and melodica. "Corrente" (Current), opens with the pianist on Rhodes, with dicey saxophone work from Harvey Wainapel and splashy percussion from Jeff Bush. The Brazilian flair shines through brightly on the lively "Vivendo No Presente" (Living in the Present), aided by vibraphonist Ben Thomas, who appears as special guest on several tracks.

Bassist Chuck Deardorf introduces "Two Friends, True Friends" with a minute-plus solo, setting up one of the session's brightest moments, also featuring Wainapel on soprano and light background vocals from two additional guests, Lena Simon and Caroline Corcoran. The Brazilian rhythms and drum beats—provided by drummer Mark Ivester—are in full swing on "Outras Praias" (Other Beaches), a piece that highlights the leader's talents on piano. Though much of the new material is truly exquisite, the most dynamic piece of the set has to be the gorgeous "Pra Casa" (Homeward), possessing a melody reminiscent of Antonio Carlos Jobim.

After one more dip into the strong-current seas of the traditional Brazilian style with the choppy "Sea and Sky," the group completes a thoroughly modern look at Brazilian music, closing the date on a gentle note with "A Fonte" (The Source). Clearly a superb and powerful outing from a master pianist and his longtime band mates, with Current, Santos Neto continues his exposition of the Brazilian genre, delivering yet another dynamic statement and affirming his status as one of the top Brazilian artists in the business.