Home » Jazz Articles » Colin Hay at the Concert Hall at the New York Society for Ethical ... 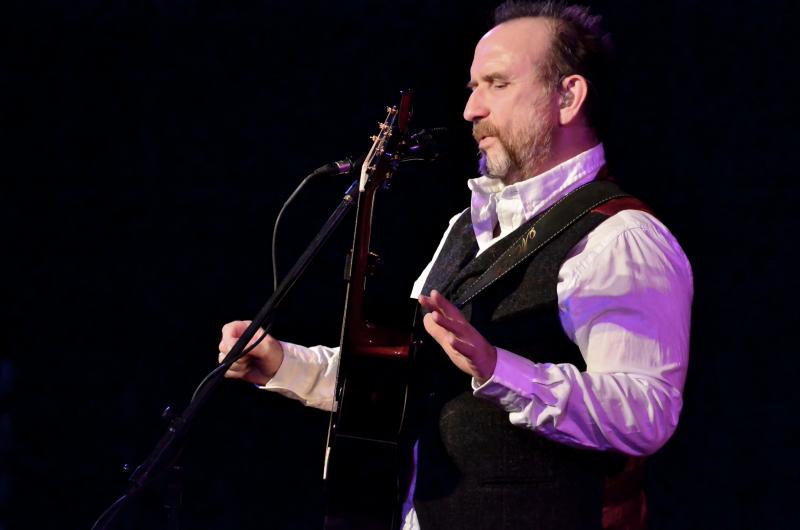 Had Colin Hay not made his mark as a musician with Men At Work and as a solo performer, he'd surely have gained fame as a stand-up comedian. Hay has a wickedly funny sense of humor. This sense of the absurd was very much in evidence during his performance at the Concert Hall at the New York Society for Ethical Culture, Hay introduced one of his best loved songs with a story about Ringo Starr.

During the 2003 and 2008 All-Starr Band concert tours, Starr, he said, would tease him by saying, "Okay, Colin, time to play that song about that place that you're not from!" Hay would then launch into a spirited version of "Down Under" backed by the former Beatle and his band of celebrity musicians which during those tours included among others: Sheila E, Paul Carrack, John Waite, Billy Squier, Edgar Winter and Gary Wright.

Surprise! Colin Hay, who most people think of as the lead-singer of 1980's Australian hitmakers, Men At Work, isn't Australian. He is actually Scottish and was born in Kilwinning, North Ayrshire, Scotland in June of 1953. His father owned a music store. He and his family moved to Australia in 1967.

Men At Work, the band, however, was born in Australia. In 1978 Hay met Ron Strykert in Sydney and soon after the group was formed featuring: guitarist/keyboardist Hay, guitarist/bassist Strykert, drummer Jerry Speiser, bassist John Rees and multi-instrumentalist Greg Ham. In 1981, Men At Work released its debut album Business as Usual on Columbia Records.

The band released two number 1 singles in the United States: "Who Can It Be Now?" and "Down Under." The Business As Usual number 1 on the Billboard charts. Both "Down Under" and the Business as Usual album were also number 1 in Australia, New Zealand and United Kingdom.

The group's second album, Cargo (Columbia Records), was released in April 1983. It peaked at number 1 on the Australian charts, reached number 2 in New Zealand, and was a (for some) a disappointing number 3 on the U.S. Billboard Top 200. Cargo settled in at number 8 in the U.K. The single "Overkill" became an international Top 10 hit in the U.S., Canada, Ireland, Norway and Australia. Two other singles from Cargo ("Dr. Heckyll and Mr. Jive" and "It's a Mistake") also reached the Top 40.

Hay and the other band members took a break for most of the early part of 1984. When Men At Work reunited, tensions were high. Rees and Speiser were essentially let go. Hay, Ham and Strykert worked with session players to craft Two Hearts (Columbia Records, 1985). Two Hearts sold well (but not as well as its predecessors, peaking at number 16 in Australia and at number 50 in the states.

In 1986, Hay disbanded Men At Work. Since that time, Hay has worked as a solo artist releasing several major label and smaller label solo albums. His debut solo offering Looking for Jack was released by Columbia Records in 1987. Wayfaring Sons was released in 1990 on MCA Records. Ariola Records released Peaks & Valleys in 1992. In 1994 and 1998, FMA records released