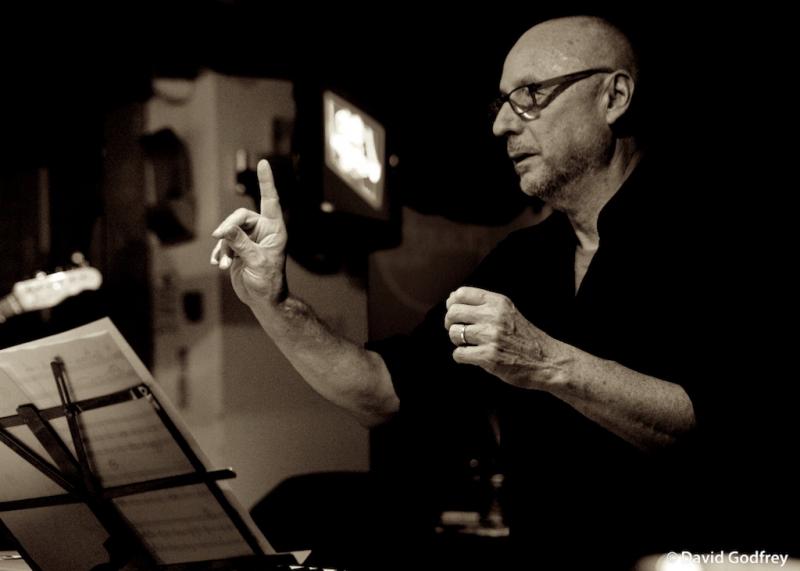 BY DUNCAN HEINING
March 13, 2016
Sign in to view read count
If Club Inégales didn't exist, it would be necessary to invent it. What price a venue in the heart of London with a policy as open-minded and eclectic as this? Club Inégales welcomes jazzers and free improvisers, baroque musicians and folk singers, poets and comedians, Japanese and Bengali percussionists and even the occasional passing shaman. The club's very existence is both a statement of intent and a blow against the conventional wisdom of the wider musical and cultural scenes—musique sans frontières .

Club Inégales opened in September 2011, its basement doors nestling in a street a couple of blocks between St. Pancras and Euston stations. It's not easy to find the first time but the effort pays off when you get inside. It feels like a club house, which is actually what it is. The venue serves at other times as the bar/function room of human rights lawyers, Hodge Jones & Allen, whose practice is the building above. In fact, it was Patrick Allen, the Senior Partner, who first proposed the idea of the club to club its founder, composer and musician Peter Wiegold.

"I wanted a new kind of venue for my band/ensemble," Wiegold explains, "a 'club' built around close-up, informal but concentrated music-making that could bring in musicians from around the world. Patrick Allen heard us playing in his private subterranean Euston bar and decided to give us just that."

"Us" was Wiegold's ensemble, Notes Inégales. Their name comes from a French musical term. "Notes Inégales means 'swing it in French baroque music!" Peter tells me. "Swung notes, strange angles, shuffle, looking aside...actually the way we work is close to how early classical music worked with short scores and 'realisation' and improv." It also provides an explanation of the club's eclectic approach, which sees no boundaries between the music of, for example, Evan Parker or the Orchestra of the Age of Enlightenment or folksinger and Mercury prize nominee Sam Lee -or between written scores and improvisation. Peter Wiegold is a great proselytizer, not just on behalf of a committed and activist way of thinking about music but for the belief that music must establish an authentic, non-alienating connection to its audience. The club's philosophy emphasises this very clearly, as Wiegold points out,

"We want to get close up to the audience. We want to challenge guests, to challenge the resident band and to make fresh new music untrammelled by those who make a fetish of a particular style. Our drummer once said, 'Thank God, the jazz police aren't here!' Well, thank God, the free improv police, the early music police or the 'well-made composition' police aren't here either! We love the idea of following Evan Parker with the Orchestra of the Age of Enlightenment. Not to be promiscuous but to say, "All you have to do is listen and, if you do, you can hear the freewheeling Evan inside the OAE and the pristine OAE in Evan."

A small checklist of performers featuring over the last year or so at Club Inégales reveals both the club's eclecticism but also, dare I suggest, a common thread. Names like guitarist Lionel Loueke, Evan Parker, folksinger/violinist Chris Wood, trumpeter Byron Wallen, saxophonist Martin Speake, the OAE, Chinese pipa and guqin virtuoso Cheng Yu, writer Will Self, poet Benjamin Zephaniah, folksinger Sam Lee and Maori shaman Horo Horomona. These are people whose work in some way calls upon us to question our assumptions—about race, about politics, about poetry, about art and about music. "We always have same form," Wiegold tells me. "Our resident band Notes Inégales play, then the guest performs and then we play together. So, we are constantly turning on to new relationships. We literally don't know what is going to happen in the third set and the best guests respond to that brilliantly. The guests have to be open, they can't just come with an act and expect it to work because it won't. Lionel Loueke said recently, "I feel refreshed and my soul feels cleansed by this. Every musician should play here."

Wiegold also runs the Institute of Composing, which publishes an intriguing on-line journal. Wiegold describes the Institute as a "think-tank for all things to do with new music -from the craft to the aesthetics to the frankly opinionated!" The Institute, Club Inégales and Notes Inégales have all been greatly assisted by a grant from Arts Council England, who seem—on this occasion, anyway—to have welcomed what Wiegold calls a "holistic contribution to new music making in London." And it seems to be working extremely well, as Wiegold suggests,

"We feel we are now established and have regular audiences. We sold out twice at last November's London Jazz Festival. People talk about us as having our own distinct character on the scene and as being an exemplar of a new way of presenting music in two key ways -the up-close space where as cellist Olly Coates put it, 'the listening is almost reverential' and a completely open approach to sound -from a Maori shaman who plays the most beautiful natural notes on his flutes and conches, to the complex rhythms of Karnatic South India, to the completely spontaneous improv of Evan Parker. It's every musician's dream to have a home, a club of their own -and here we are with ours, right in the centre of London. It's a very great privilege."