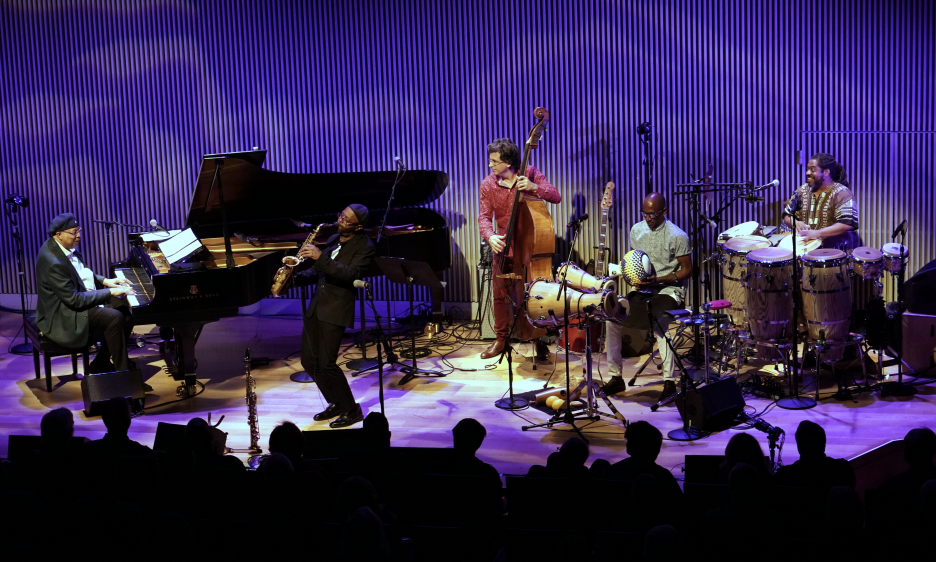 A commanding Cuban pianist, the stately Chucho Valdes is best known as the founder of legendary Cuban band Irakere. Kenny Garrett has played with the Duke Ellington Orchestra and with the late Miles Davis, among others, but has gained notoriety for his work as a solo artist. Since his first recording in 1990, his awards and accolades have steadily piled up.

Put these two together with a batá drummer and a bassist and drummer, and you have the recipe for a memorable evening. As part of a four-night stint at SFJAZZ, Valdés teamed up with the ebullient Garrett, and the results were exhilarating as expected. Valdés plowed down the keyboard, lyrically and subtly but also rapidly.

Then, the black-suited Garrett was introduced, with the first number, appropriately named "One For Kenny." Garrett bobbed his head and moved his feet as he expounded. The charging ahead tune "El Güije," which followed, is a Valdés composition inspired by a mythical (and thus elusive) Cuban creature said to reside in ponds and rivers. These small, black, grotesque-featured beasts, which are varyingly either naked or covered with vines, frighten travelers at night who are alarmed by its bulging eyes and otherworldly appearance. The piece featured saxophone and drum interplay as well as plenty of piano.

The lively "Lo Guiros," included in the evening's repertoire at the suggestion of Garrett, was the encore and brought plenty of piano riffs, shekere and lively saxophone.