Christmas with Kirk Whalum and Friends at the Halton Theater 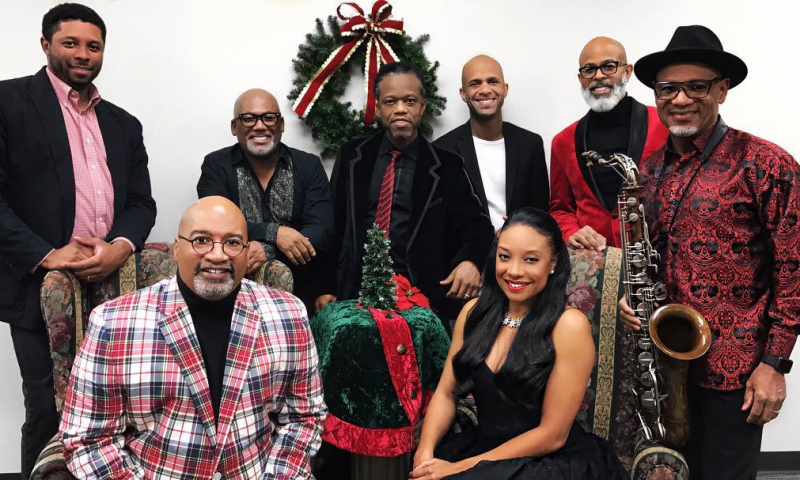 By K. SHACKELFORD
February 1, 2018
Sign in to view read count

It is a unique moment to see a performance that intentionally allow musicians to utilize their talents as an extension of their inner person and faith.

It is a special experience to watch musicians who have a deep musical and personal relationship perform together. These relationships arouse a performance synergy that produce musical conversations with depth. Attendees of Grammy Award winner Kirk Whalum's Sixth Annual "A Gospel According to Jazz Christmas" tour, were able to witness such an experience at Halton Theater in Charlotte, North Carolina. The show featured Whalum, South African singer/guitarist Jonathan Butler, and an austere line-up of other musical friends of Whalum.

Whalum's Gospel According to Jazz series, a set of albums released at different times, entitled "chapters," have made an ineradicable mark in both genres of gospel and jazz music. The roots of jazz are inarguably found in the black church and Whalum, who is an ordained minister, has heroicly mastered this sacred connection which ultimately led to him winning a Grammy Award. As a result of the success of these records, he has been able to package this experience as a holiday tour drawing packed audiences nationwide.

The performance provided a night of over two hours of Christmas tunes, mostly inspirational, that left the Southern music listeners energized and sonically uplifted. Whalum is a prolific bandleader and master of the wind instrument, oftentimes reverting from flute to multiple saxophone instruments with the requiescence of a musical master. He sung a couple of times too---in the most wonderful suede shoes. The whole band looked like they just left the front row of some designer's show at New York Fashion Week. It was all sublime to watch.

Listening to Jonathan Butler evoked a gamut of awe from the crowd. Whalum praised Butler as his "favorite" artist while talking to the audience, and before the night was over I am sure he quickly became the new "favorite" artist for many audience members. At one moment, he musically transported the audience to the shores of Africa by vocalizing a type of South African scatting followed by a social-political commentary of his South African upbringing and its causatum on his faith journey. His inventive, melodic lines on the guitar was nothing short of excellent. His style has a particular "seasoning," as southerners would say, that reaches the soul. Butler also performed the very popular hit "Falling in Love with Jesus" from Whalum's album, The Gospel According to Jazz: Chapter II.

Whalum's carefully constructed band, knew how to create and maintain a delightful spiritual temperature for this special holiday concert. A notable moment of the night included singer Sheléa Frazier singing " Who Would Imagine A King." A rising vocal star, Frazier gave an infectious performance where she played the piano while singing the tune, leaving the crowd on their feet. Kevin Whalum's ethereal vocals are in a category of their own, and has proven to be a special ingredient to his brother's projects. Along with the dexterity of keyboardist/singer John Stoddart, a whiz at playing multiple genres, Whalum and Stoddart provided warm, musical colors to the repertoire for the evening. And what is a gospel/jazz show without its rhythm section? Guitarist Kevin Turner, drummer Marcus Finnie and bassist Braylon Lacy provided non-jarring, toe tapping support to the band's gospel/jazz aesthetic to the Christmas tunes.

During the latter part of the performance, Whalum included a touching story about his time as Whitney Houston's saxophonist. Whalum performed one of the most memorable saxophone solos in pop music on Houston's soul-stirring hit, "I Will Always Love You," and serenaded the audience with the piece after speaking of his time with Houston.

At the end of the night, Whalum announced another tour for the 2018 Holiday season. Kirk Whalum's annual "A Gospel According to Jazz Christmas" tour is on its way to becoming an American musical concert tradition.