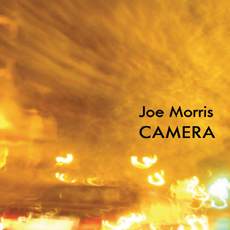 Influential improvising guitarist Joe Morris ignites luminous imagery that casts a musically minded paradigm on how the diffraction of light may traverse a camera lens. However, individual interpretations can yield other enticing persuasions on Camera, engineered upon the grouping of stringed instruments and drums.

Morris blazes a furious single-note path within the grand schematic amid split-tones and animated runs, where every progression offers an integral part to the continually moving parts. The guitarist also operates as a bonding agent via the gradually ascending developments. Morris extends his already expansive musicality and prominently delivers the goods throughout the intriguing propositions set forth on Camera.