After a 14 year gap since the eponymous debut (Riti, 2003) comes the second release from the ongoing trio known as Eloping With The Sun. Perhaps the reason for the hiatus lies in the illustrious participants' other commitments. Bassist William Parker and drummer Hamid Drake share a storied history, both apart and together as the engine room of choice for many, while guitarist Joe Morris, not only teaches at NEC, and runs his own label, but also performs on bass. ...

Something Else! Festival Hamilton 2017

The Something Else! Festival of Creative Music in Hamilton, Ontario, Canada reached the four-year milestone in June 2017 by offering four days of exciting music by North American, European, and Asian musicians. Zula Music and Arts Collective presented the festival that played at three acoustically friendly venues with both afternoon and evening offerings. A unique feature of this festival was the use of ad hoc groups selected by curator Cem Zafir from various members of the regularly performing acts. These ... 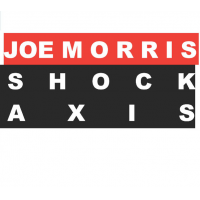 I am applying for a NEA grant to test my theory that you can judge an album by it's cover. For instance, The Rolling Stones' Exile on Main St (RSR, 1972) and The Clash's London Calling (CBS, 1979) are two albums where you just knew what to expect by gazing at the covers. In the jazz world, Sonny Clark's Cool Struttin' (Blue Note, 1958) and John Zorn's Spy Vs. Spy: The Music Of Ornette Coleman give away the contents of ... 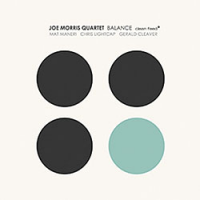 After several albums and great synergy, guitarist Joe Morris disbanded the quartet in 2000 with many of his associates stating it was a “terrible idea." For this reunion, the musicians' artistic evolution surges on via a conglomeration of diminutive and soaring theme-building episodes, asymmetrical footprints, and staggered detours, instilling a continual sense of anticipation. The gala is off to a rousing start on “Thought," fostered by Mat Maneri's buzzing viola passages, and the unit's synchronous improvisational attack, ... 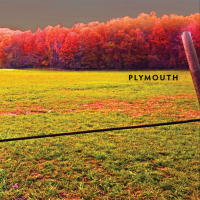 Guitarist Joe Morris and keyboardist Jamie Saft follow-up the 2013 Rare Noise Records release Slobberpup in a similar vein by locking into another improvisational fest. Once all the audio processing equipment is ready to roll, it's time for instantaneous compositional forays, as they let the chips fall where they may. Morris' former student, guitarist and rising star Mary Halvorson, along with the prominent rhythm section of bassist Chris Lightcap and drummer Gerald Cleaver steer an asymmetrical rhythmic course. However, the ...

Jamie Saft, Joe Morris, Chris Lightcap, Gerald Cleaver, and Mary Halvorson. The simple mention of these five names is probably enough to frighten some people away from this album and make others rush toward it with open ears. Each one of the aforementioned musicians has a reputation for being a musical provocateur, pushing buttons, pushing the limits and challenging minds and ears with intelligent abandon. The music they make together under the banner of Plymouth could be dubbed free jazz, ...