BY GLENN ASTARITA
January 16, 2016
Sign in to view read count 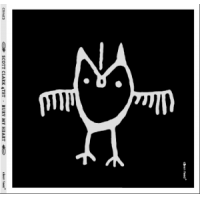 Richmond, VA., resident Scott Clark is a drummer who projects a lot of get-up-and-go during these jaunty progressive jazz works, inspired by his Native American ancestry. Hence, the 4tet and guest artists execute a set framed on Native American incidents largely based on hardships and trauma but Clark's manifesto also proffers hope.

The six pieces coalesce via a series of integrated musical relationships, where Clark's compositions derive inferences from Native American rituals, embedded within steamy jazz opuses and the soloists' hearty improvisational dialogues. With layered and cascading horns parts, scorching breakouts and thorny unison choruses, the ensemble often gets to the point in concise fashion, while affording themselves sufficient space to expand and contract.

" Big Horn" is a garrulous, yet rather complex exposition. Here, ultra-modern jazz propositions splinter off into free-form improv, offering a stark contrast between firmly rooted configurations and an open forum for the hornists. At times, the musicians' illicit luminous imagery of a torrid insurgency while defining clear-cut goals with intricately rendered structural components. Throughout, the band morphs diverse frameworks with emotive aspects that come at you from many angles.

On "Sand Creek," they abide by an all hands on deck modus operandi amid swarming avant-garde jazz metrics and saxophonist Jason Scott's angst-ridden lines that melt into the sounds of discontent. But the final track "Remembrance," is built on shadowy horns passages, teeming with sorrow and reflection. Other than the artists' potent, multifaceted rules of engagement, the storylines spark thought-provoking manifestations of Native Americans' past, present, and future plights.