By JACK BOWERS
December 9, 2005
Sign in to view read count 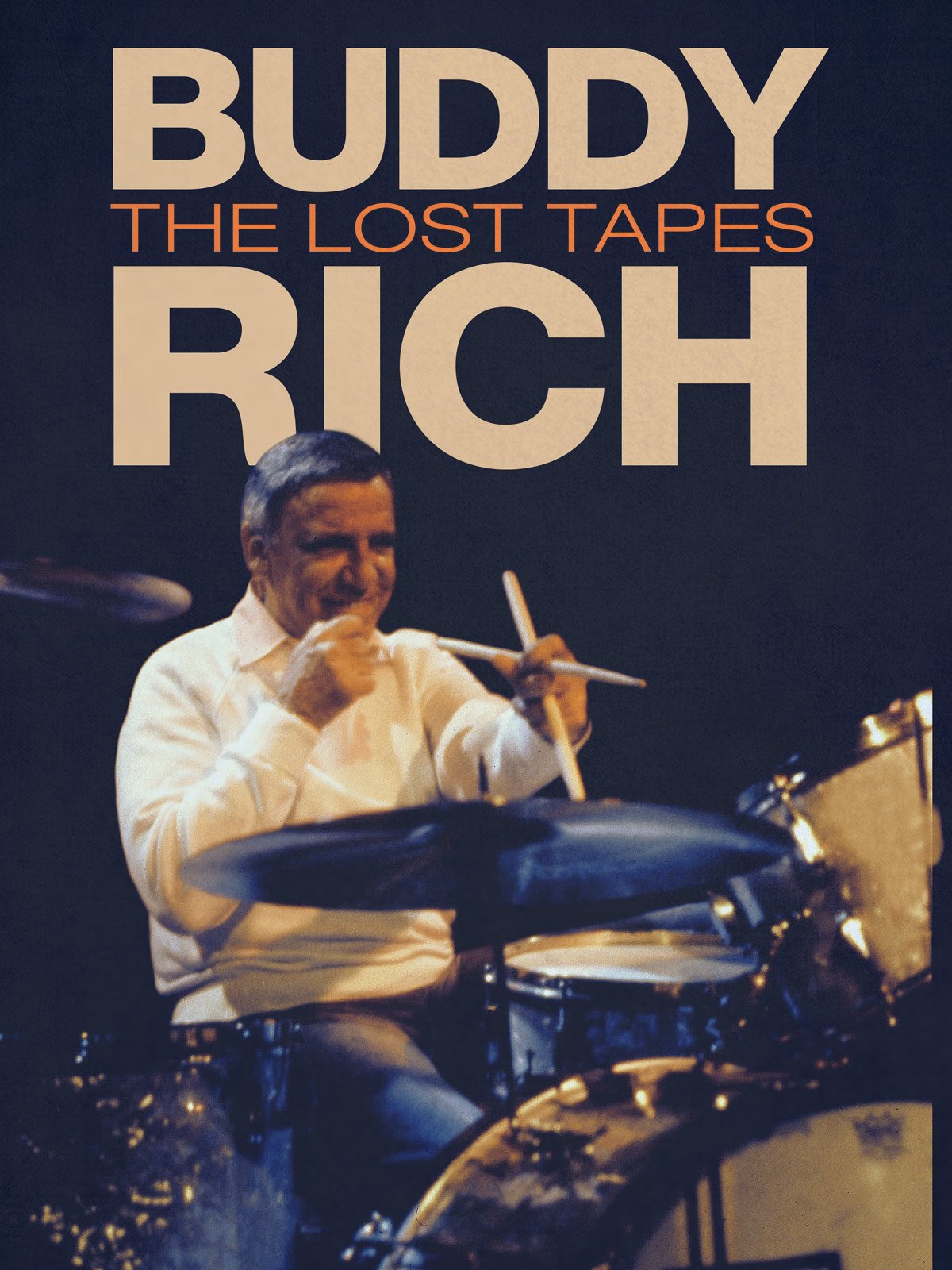 Buddy Rich and His Band
The Lost Tapes
Lightyear Entertainment
2005

In April 1985 —two years before his untimely passing —Buddy Rich and his band recorded a concert at One Pass Productions' King Street Studio in San Francisco using state-of-the-art equipment designed to capture the band "in a typically 'live' . . . setting with natural acoustic balances and three-dimensional imaging. The concert, the last one Buddy ever recorded for video release, was divided into two nearly hour-long programs, the "Channel One set and the "West Side Story set. "Channel One was distributed by Pioneer on laser disc and Sony on VHS, but a far grimmer fate awaited "West Side Story. The masters were stored at One Pass, which a few years later was sold to Editel. In 1990, when a fire swept through the Editel facility, the tapes were soaked in water and presumably destroyed.

Ten years later Steve Michelson, the owner of One Pass and executive producer of the King Street session, and producer Gary Reber were working together on another project when they began talking about the concert in '85 and musing about how marvelous it would be if Buddy's last recording could somehow be released on DVD. Michelson thought the master tapes had been lost in the fire, but as it turned out, Reber had master and sub-master tapes stored away, along with the U-Matic digital audio originals, a box of one-inch tapes with behind-the-scenes footage, and Betamax tapes.

Needless to say, everything was in wretched condition, and restoring the tapes would be no walk in the park. But Michelson and Reber—with expert technical help—set about doing it, painstakingly overhauling audio and video components, then carefully combining them into a seamless whole The result, as you'll see and hear on The Lost Tapes, is worthy of a Michelangelo or a Rembrandt. I've heard far worse from tapes that hadn't been through a fire or submerged in water.

Video and audio quality are in fact quite good, as is the camera work, and the band—well, it's at the peak of its game, as was any ensemble led by the incomparable Buddy Rich (and it had better be—or else!). Buddy, of course, is the dynamo that fuels the engine, but everyone else is up to the challenge in a concert that includes such demanding charts as "Mexicali Nose, "Willowcrest, "The Red Snapper and Bill Reddie's superlative arrangement of the "West Side Story medley that includes two of Buddy's breathtaking extended drum solos. Rounding out the program are Monk's "'Round Midnight, Ellington's "Cotton Tail, Don Piestrup's "New Blues and Mike Manieri's "Tee Bag, the last performed by Buddy, pianist Bill Cunliffe and bassist Dave Carpenter.

The standout soloist is long-time Rich crew chief Steve Marcus, who died a few months ago at age 61. Marcus is a marvel on tenor ("Nose, "Willowcrest, "Midnight, "Cotton Tail ) or soprano ("New Blues ). Cunliffe is impressive too, as are Carpenter, trumpeter Paul Phillips, alto Bob Bowlby ("Snapper ) and tenor Brian Sjoerdinga ("West Side Story ). But the biggest kick of all is watching Buddy, perched high above the band and simply doing everything right (I can think of no better description), a 67-year old whirlwind of energy and enthusiasm who never slackens the pace. His sweat-soaked face and body at the end of "West Side Story" bear more eloquent testimony than mere words ever could that no one gave more of himself to the music than Buddy —which is why he could demand the same from his sidemen.

Supplementing the fifty-four-minute concert are a number of extras including pre-concert thoughts by Buddy, interviews with his wife, Marie, daughter Cathy and grandson Nick (a budding drummer himself), drummer Dave Weckl and producer Reber, and "17 Years in the Making, a written commentary about the King Street sessions, how they were recorded and how the "lost tapes were ultimately rescued and restored. Messrs. Michelson and Reber should be given a medal for their perseverance in doing so. This is a remarkable DVD, one that no fan of the great Buddy Rich should let pass.

One last note: both sessions were released on CD around 1985 by Cafe Records, a two-disc set titled Mr. Drums: Live on King Street, San Francisco (Cafe 732), which is perhaps out of print by now.

Visit Buddy Rich on the web.