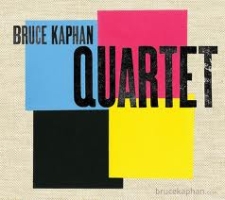 The pedal steel guitar is so closely associated with American country and western music that its image can scarcely escape that infinite gravity of categorization. Even when it has wobbled its way into jazz, the instrument has always operated beneath the label of "Western Swing" or "Alternative Country." Several notable players have distinguished themselves in the hinge of Western Swing, including Bob Wills' steel guitarist Leon McAuliffe, Hank Williams' steel guitarist Don Helms, and Buddy Emmons. Many of the country and western musicians of the 1930s and '40s were closet jazzers, a fact that led to the swing hybrid.

Modern pedal steel guitar (outside of country music) has been maintained by the likes of producer Daniel Lanois with his alternative mainstream application of the instrument, and Bruce Kaphan for the same. Kaphan's Slider (Hearts of Space, 2000) pushed the instrument into the ambient music realm, a place that is not too hard to imagine for those who have listened to National Public Radio's Hearts of Space. The instrument, by its nature, is well positioned to provide ethereal tones that are both otherworldly and densely organic.

To call Bruce Kaphan Quartet jazz is either too great a stretch or totally beside the point. In keeping with the recent trend of exploring Americana in music, Kaphan assembles eleven tracks chocked full of major chords, tidy consonance, tonal resolution and familiar themes. While the larger movement in jazz and related explorations is an entropy-driven trend toward deconstructed freedom, sharp dissonance, intended loose ends and implied conflict, Kaphan embraces the harmonic and the lyrical, urban soundscapes and pastoral odes.

This specific contrast may best be seen in two of the three standards Kaphan performs. Joe Zawinul's "Birdland," originally released on Weather Report's Heavy Weather (Columbia, 1977), captures the fast-paced urban flavor of Broadway. Kaphan takes full advantage of his most excellent electric bassist, Jeffrey Wash, whose ability on the fretless electric bass is impressive, exact and succinct—characteristics used to stunning effect on the entire recording. Pianist John R. Burr removes all impressionism from his barrelhouse playing with his Chuck Leavell-like attack, making this modern classic a juggernaut for Kaphan to update with his clean lines and acute angles.

Kaphan's cover of Allman Brothers Band's "Jessica" is oddly less successful, but amply illustrates the disc's production tendency to have all instruments at approximately the same place in the mix, giving an x-ray glimpse at the song's instrumental anatomy. While not perfect, Kaphan captures the Americana in the song with just the mere presence of his instrument. Burr's piano is double-fisted and rolling in an appropriate Southern Rock tradition—like Lynyrd Skynyrd's Billy Powell on Second Helping's (MCA, 1974) and "Call Me the Breeze." The final and only true standard, "What's New" is reminiscent of Roy Buchanan's interpretation of Don Gibson's "Sweet Dreams." It retains all of the authentic intention of the original delivered thoughtfully...just like the entire recording.