BY DAVE NATHAN
September 1, 2001
Sign in to view read count 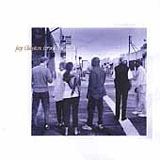 Jay Clayton is a vocal treasure and has been since 1963, when she started a career which has successfully blended two vocal roles, cutting edge avant-garde, where her voice is truly an instrument—an instrument one has heretofore not encountered—and a more conventional, but not completely so, interpreter of major works from the Great American Songbook. On Brooklyn 2000, Clayton samples both her styles. "I Wish I Knew" has her as a jazz singer, combining lyrics with straightforward scatting. It's also a track where we become familiar with drums as vocal accompaniment thanks to Jerry Granelli. This track, as much as any, displays the clear-as-a-bell clarity and silky syrup smoothness of Clayton's voice. It is truly a jewel to prize.

She can also take the jazz standard, "You Taught My Heart to Sing", and rhapsodize it into pure melody. It's here where the bass artistry of Anthony Cox is brought to the fore. "The Lady Sings the Blues" has Clayton more in a storytelling mode, poignantly describing events which led to the lady finding herself in that lowdown mood known as the blues.

Then there's the avant-garde flip side of Jay Clayton. Howling kicks off the medley of "Three Free"/"Random Mondays." These sounds could well have been the way our ancestors communicated before language as we know it eventually evolved. This cut also features a conversation in special language between Clayton and Gary Bartz's soprano, as well as in a lingual form with which we are more familiar; real words. There's also an echo technique with Clayton pleading "remember me" and then having it come right back at her—and us. This is free-style jazz singing at its most evocative.

Similar adventures await the listener on "Raga"/"Let It Go," with words by the modernistic poet e. e. cummings. Here, and throughout the album, veteran jazz pianist George Cables applies his virtuosity both as a soloist and the keeper of the musical marketplace where Clayton plies her wares.

Brookyln 2000 is another demanding aural venture by a leader in the school of modern vocalizing and shouldn't be missed by lovers of the genre.

You Taught My Heart to Sing; Lament for John Coltrane; Young and Foolish; Raga/Let It Go; I Told You so; The Lady Sings the Blues; I Wish I Knew; Three Free/Random Mondays.