Jay has gained worldwide attention as both performer and teacher. She has appeared at major venues including Lincoln Center, Sweet Basil, Town Hall, the Kennedy Center, Jazz Alley, and the North Sea and Montmartre Festivals. She has taught at Universitat fur Musik in Austria, Bud Shank Jazz Workshop, and at City College and the New School in New York City. She has co-taught with Sheila Jordan at the Vermont Jazz Workshop, Jazz in July in Mass., Banff Center in Canada and was on the jazz faculty of Cornish College of the Arts for 20 years. Her book, Sing Your Story: a Practical Guide for Learning and Teaching the Art of Jazz Singing, was published by Advance Music in 2001. Jay has performed and recorded throughout the U.S., Canada and Europe with leading jazz and new music artists including Muhal Richard Abrams, Steve Reich, Julian Priester, Stanley Cowell, Kirk Nurock, Gary Bartz, George Cables, Jane Ira Bloom, Jerry Granelli as well as with the a cappela group Vocal Summit; Urszula Dudziak, Bobby McFerrin, Jeanne Lee, Norma Winstone 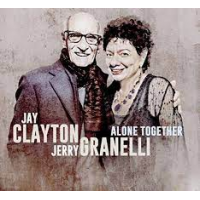 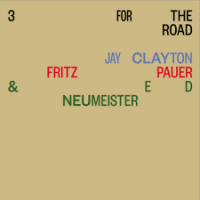 This broadcast presents new releases from vocalists Judy Wexler, Angela Wrigley and Tanya Dennis, with birthday shoutouts to honorable men Dave Grusin and Kenny Barron, as well as harpist Brandee Younger and vocalists Madeline Eastman, Aubrey Johnson, Allison Adams Tucker, among others. Thanks for listening and please support the artists you hear by purchasing their music. ...

Label: MeisteroMusic Records
Released: 2020
Track listing: Love Is a Place; Two for the Road; Badadadat; It Could Happen to You; Fun; Gobblers Nob; May I Be Gay; Yak'n; Rhythm Waltz.