By C. Michael Bailey
July 25, 2015
Sign in to view read count
While "rock & roll" music had its genesis in the United States, most particularly in the American South, its subsequent (and essential) evolution occurred elsewhere, specifically in the United Kingdom. What is called "the British invasion" has been one of the most important and least studied and discussed elements in the ultimate development of the music. Simon Philo's British Invasion: The Crosscurrents of Musical Influence address this in the broadest terms, while Gregg Akkerman's Experiencing Led Zeppelin: A Listener's Companion brings the discourse to it sharpest point. 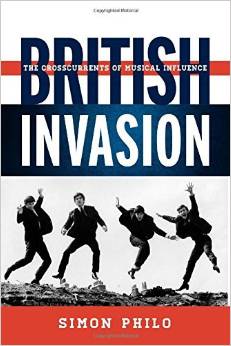 English author Simon Philo examines the origins and results of the "British Invasion," that period in the mid-1960s when Britain was ready to show America what they had done with her music. Like a competent musical surgeon, Philo cuts wide margins in his account, beginning with Lonnie Donegan's 1955 recording of Huddie "Leadbelly" Ledbetter's "Rock Island Line," igniting the British Skiffle movement which was to eventually bring one John Lennon and his band, The Quarrymen into its orbit. Then the Beatles happened and simply eclipsed the other notable invasion bands that included: (of course) The Rolling Stones, Herman's Hermits, The Dave Clark Five, Eric Burdon and the Animals, and The Who.

Central to the British Invasion was the Beatles and Philo spends a lion's share of his time detailing the band's part in changing rock music using what was contemporaneously happening in the United States, particularly with Bob Dylan as a mirror. While Philo makes a passing brush with it, the blues revival of the late 1950s and early 1960s gets, perhaps, a lesser treatment than it should considering its integral importance to rock music.

Dovetailing perfectly with Philo's consideration of the Beatles is Elijah Wald's provocative How the Beatles Destroyed Rock 'n' Roll: An Alternative History of American Popular Music (Oxford University Press, 2009) where Wald compares the influence of the Beatles on the fledgling rock music of the Unites States with that of Paul Whiteman's overall "popularizing" effect on jazz. The Beatles are an entity that is bigger than all else around them. No other band changes popular music as they did.

Philo ends his thoughtful essay with the only thing that could happen next and that was the British import of American artists, in particular, Jimi Hendrix. A discussion of Crosby, Stills, Nash, and Young as the "American Beatles" ensues and the book is brought to a tidy, informative end with the death of John Lennon and the state of British music Stateside in the late 20th Century. 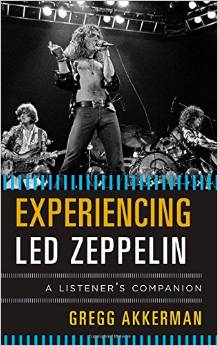 Gregg Akkermann is a Southern California pianist and writer whose book The Last Balladeer: The Johnny Hartman Story (Studies in Jazz) (Scarecrow Press, 2012) illuminated an important, but forgotten singer. In Experiencing Led Zeppelin: A Listener's Companion he brings a measured fans perspective to listen to the Monolith that is Led Zeppelin. He notes that he is a fan and not one of the foaming-at-the- mouth Generation X-ers discovering there was really something before The White Stripes.

Akkermann first provides a brief introduction to the band and the recent history to its formation in the late-1960s. He then proceeds to take us through each recording, detailing its history and highlighting some of the more provocative songs on each. Of greatest interest to me was the clear fashion Akkermann was able to frame the last two studio albums, Presence (Swan Song, 1976) and In Through the Out Door (Swan Song, 1979), giving me a better appreciation for these recordings. He spends time on the "throwaway" recording Coda (Swan Song, 1982) which has had remarkable staying power, if from only a historical perspective.