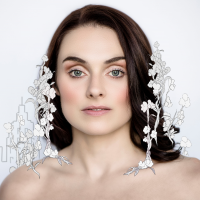 Alyson Murray has been performing since the age of sixteen, receiving an Outstanding Potential Award from the Australian Girls Choir (AGC), where she was also selected to perform in The Boy From Oz, a Hugh Jackman production in Melbourne. Murray went on to complete her Bachelor of Fine Art Contemporary Music in '15 at the Victorian College of the Arts (VCA), where she was awarded the Agnes Robertson Contemporary Music Foundation Scholarship in her first year. In her final year, she was invited to perform in a Donna Jackson production to celebrate woman in the community FemVox. Later, Murray was featured in the Art and Industry Festival in Melbourne, directed by Jackson.

In July, Murray will release her debut album Breathe, she traveled to New York to work with British/Nigerian composer, arranger, producer and bassist, Michael Olatuja. Olatuja assisted with the production of Breathe alongside NY sound engineer, Ted Tuthill. The musicians behind the vocalist are, bassist Olatuja, pianist Jon Cowherd, drummer Lee Pearson and guitarist Nir Felder

The six-track album delves into the versatility of Murray's vocal abilities and the diversity within its grooves. Murray has a supple voice, and this debut album captures her young essence and energy. You can literally hear her smile as she sings, and the effervescence is catching. At times she is vulnerable, at times commanding and rapturous. The tunes range from Fleetwood Mac's "Everywhere," to spiritual selections like "Affirmation," to Michael Jackson's "You Rock My World." It was her intent to capture her experience of living in New York City for a year and the bustling life it offers.

"I Got You," the first single on Breath, which also sports a featured video, that was released in February. It is here you further experience the natural spirit that clearly resides within Murray's core. The track's title is representative of the New York life, a catch phrase often used in the big city. Murray lays into the groove and outpours a blues-soul based performance. The tune is comprised of three words, but it is in the delivery and improvisation of those words, laden with hooks and deeply felt grooves provided by Olatuja's bass that the message is revealed.

The second single "You Rock My World," is a Michael Jackson tune. This is a higher value production track, complete with layered backing vocals with a choir feel. Pearson creates a rock-solid beat behind Murray, as Felder colorizes the sound, delicately adding to the breadth of the track. Cowherd is skilled as usual, adding in moments of inspired accompaniment, you can hear him simmering under the track with his expressive note concoctions. Murray hits the high notes with absolute ease, and her improvised vocal moments at the end of the track further cement her as a stylistic vocalist.

July will bring a new voice to the fabric of jazz and soul-based music. An album that will inspire the more contemporary listener with pop-infused songs and arrangements that linger well past the listen, there is something in the recipe of this album that is positively infectious.

Rock My World; Breathe; I Got You; Affirmation; Everywhere; Wanted to Love.