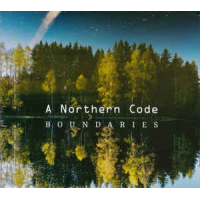 A Northern Code is a collaboration between Norwegian guitarist Mathias Marstrander, Scottish double bassist Andrew Robb and Norwegian drummer Sigurd Steinkpf. The group balances improvisation with composition; one hallmark is the use of conceptual goals to help shape the improvisations. This is demonstrated right off the bat with opener "Slow Motion," which ably delivers on its premise with a slow-moving mass of sound. "Every Cell Of Your Body" is a bit harder to parse, but it casts a spell through waves of intense playing.

Robb contributed two compositions. "Beslan" is a lovely ballad, which clearly differentiates itself from the preceding improvisation. On the other hand, the bass and guitar solos on "Existential Future" serve as an introduction to "Red Street." It is difficult to even hear a transition at first, but the form soon becomes audible. Marstrander wrote "Bifilomania," although the double bass introduces it unaccompanied before being joined by the rest of the band for a rubato harmonic exploration, with a theme finally stated at the end.

The standard "Someday My Prince Will Come" is approached carefully, with guitar and bass outlining some of the changes before finally introducing the melody. The rubato treatment places it in the flow of the original music, as if the tune was something they recalled collectively while improvising together. It is followed by the concluding improvisation "Soundscape," which ends the album on an atmospheric note (not without a big climax in the middle).

These three musicians are clearly on the same page, with a sound which emphasizes the collective over individual solos. They would fit right in with ECM artists such as the Norwegian guitarist Eivind Aarset or Danish guitarist Jakob Bro.

About A Northern Code