By JOHN KELMAN
November 6, 2010
Sign in to view read count 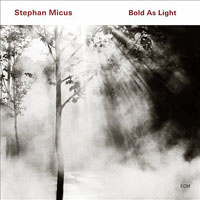 At a time when, at least for First World residents, there seems no respite from the relentless, rapid pace of life, artists like Stephan Micus provide welcome clarity; proof that there are alternatives. Difficult though it may seem, when immersed in all the push-and-pull of day-to-day distractions, there is another way; it's just not necessarily an easy one. For nearly four decades, Micus has traveled the world, a student of culture and society...and the music that naturally evolves from the two. Acquiring and learning to use ethnic instruments from around the world—often taught to him in the remotest locales—for the past two decades, Micus has always, ultimately, returned home to the island of Majorca, off the coast of Spain, where he has honed his craft through an organic process of experimentation, recording and gradual shaping of music that truly transcends all cultural boundaries. Each of the eighteen albums he's released since 1977—first, on the JAPO subsidiary, and then on the main ECM label—has introduced at least one new instrument to his expanding array of flutes, reeds, percussion, stringed instruments...even stones, which he used to tremendous effect on the surprising The Music of Stones (1989).

For Bold as Light—Micus' nineteenth recording, and the first since 2008's Snow—the eternal and intrepid student introduces a number of instruments, including the raj nplaim, a free-reed bamboo pipe (where sound is produced as air flows past a vibrating reed) from Laos, and the Japanese nohkan flute, also made of bamboo. Micus doesn't, however, just acquire instruments from distant cultures, he has custom versions built, and so a number of modified raj nplaims—of varying lengths and, with additional holes augmenting the native instrument's five to allow for alternate tunings—provide the freedom to create virtual choirs, with six of them used on the meditative opening, "Rain," and eight on his haunting "The Child," where Micus' folkloric lyricism is given a gentle pulse through use of the sinding, a West African harp.

What's always been one of Micus' most compelling qualities is that, despite studying music from various cultures, when it comes to his own, the borders are entirely dissolved; the instruments used in pursuit of a kind of music freed from—but nevertheless all-inclusive of—the various places from which it comes. And for those who find it all too easy to assign labels like "new age" to Micus, such reductionist categorizing only diminishes the deeper meaning of his music.

This is music that feels as solitary as the process in which it's made—Micus alone in his MCM Studio, gradually shaping pieces over the course of months or, sometimes, years—speaking deeply of spirituality, meditation and the pursuit of a calm, personally fulfilling life. But equally—and, especially here, because of the album's general lack of percussion or rhythm-capable instruments—Bold as Light's overarching tranquility can, for those engaged in the hustle and bustle of modern life, become a welcoming, fifty-minute hiatus from reality, and a chance to consider that it truly needn't be that way.