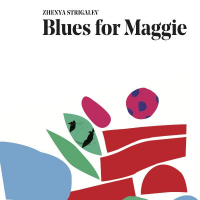 The follow-up to Zhenya Strigalev's idiosyncratic Never Group (Whirlwind 2016) takes a rather different tack, opening with the reggae-infused "Not Upset" and utilising a new creation, a so-called "alto box." His deployment of his erstwhile college mate from London's Royal Academy of Music, Chilean guitarist Federico Dannemann is a genius move. It's easy to see why Dannemann is Strigalev's favourite guitarist. His coruscating blues-inflected playing dominates "Pinky." As with the previous album, there's still something of Ornette Coleman about Strigalev's compositions and uncompromising alto playing, but that's far from a criticism.

But Strigalev still likes to barb his lines with humour as is obvious on the jokey old time melody accompanying "Wondering About Swing," however there's nothing facetious about Dannemann's playing both in the comping and soloing. This album was recorded live during March 2017 at the Paradox Jazz Club, Tilburg, in the Netherlands at the Porgy 'n' Bess Jazz Club in Vienna, but the listener is only alerted to its non-studio provenance on the twenty minute "Take Off Socks," with its sporadic audience applause and cheers. This longest track on the album allows the quartet to really stretch out and in addition to solos from the other three members of the band, it gives percussion maestro Eric Harland the opportunity to show his mettle.

Electronic effects augmenting Strigalev's sax are prevalent on the opening to the lively "Happy Professors." The groove on "Little Struggle" is insistent and infectious, Linley Marthe's funky bass guitar lines underpinning Dannemann's lithe guitar work. The overarching characteristics of Strigalev's music are sheer unfettered ebullience and total originality. The closing energy-pulsating number is proof of this, were any further proof needed. Incidentally, the "Maggie" of the record's title refers to Maggie Black, who Strigalev met at at London's Ronnie Scott's club in 2011. An ardent admirer of his music, she has become a source of inspiration and patronage for his compositions and tours. So Blues For Maggie gratefully acknowledges her role as Strigalev's Pannonica.