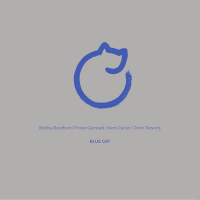 Following on from Day Two (2019), the Lithuanian NoBusiness imprint issues another archive tape by Detail, the collective founded by Norwegian reedman Frode Gjerstad and English drummer John Stevens. By 1991 when this live set was captured, original bassist Johnny Dyani had died and had been replaced by expatriate American Kent Carter. Also on the album and deserving top billing was special guest cornetist Bobby Bradford, a onetime sideman to Ornette Coleman, who had toured and recorded with the previous version of Detail back in 1986.

With his fanfares, blues inflections and boppish idioms, Bradford links the freewheeling organic exchanges back to an older tradition, and together with Stevens' affection for a regular pulse, creates a lyrical swinging avant-garde. His interplay with Gjerstad's alto saxophone is one of the pleasures of this 45-minute limited edition LP. There was a discernible Coleman influence on Gjerstad too, much more so than now, manifest in some of his phrasing, although subject to more extreme twists and compressions in sonority. It's left to Carter on bass, to anchor proceedings with solemn figures.

Indeed the Coleman connection is invoked further on "Part II," where Bradford sounds as if he is channeling Ornette's classic "Lonely Woman," while Stevens mallets a rolling groove and Gjerstad circles in the background. When he steps forward the saxophonist alternates his recurring tremolo with contrasting mournful cries to good effect before a whickering discourse with the cornetist. Such conversational episodes are the lifeblood of the group, with Stevens also in on the discussion, using one part of his kit to maintain time and another to dialogue with the soloist, first punchy snare accents, and later bass drum kicks with Bradford on "Part I."

The disc ends with Bradford outlining a lilting lullaby, with Gjerstad murmuring softly in accompaniment, to wish the chattering audience a gentle goodnight.