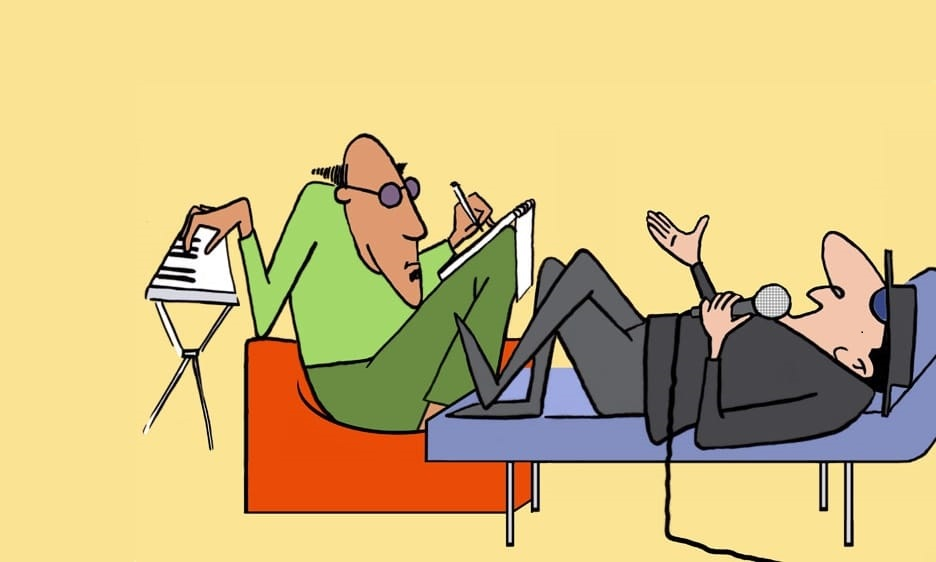 Do you really have to suffer to be a great artist, or is that just Hollywood BS?

It's absolutely true, and that's why you should always seek out and play with the worst musicians possible.

Some jazz players record all their gigs and listen studiously to the playbacks. Others can't stand to hear themselves and don't even listen to their own CDs. Who's right?

It's not a matter of who's right; they're just in different stages of their artistic growth. Once the players who record all their gigs have heard enough, they'll mature into players who can't stand to hear themselves.

Eventually they'll evolve beyond recordings altogether and learn to despise their playing where the music really happens—on the bandstand, in the moment.

Are small drums better for jazz than large drums? Does size really matter? Thanks.

Size of drums is not nearly as much of an issue as their placement and set-up. Regardless of size, drums should be placed in a far corner of the stage, preferably still in their cases.

We've all had people in the audience request a song that was already played, even in the same set. But last night someone asked if we knew a song while we were playing it! What were we supposed to say?

If they questioned whether you knew the song, you should have promised to do better next time.