By Geno Thackara
November 29, 2017
Sign in to view read count 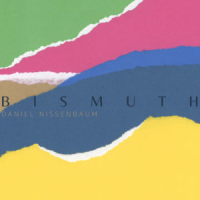 This may be only the first album under Daniel Nissenbaum's own name, but that doesn't mean his horn doesn't still have a long and rich history behind it. The recording follows more than a decade of composition study, sit-ins with a wide ranges of names (including some as big as McCoy Tyner and Marcus Miller), and a steady gig with the Philadelphia electric funk outfit Three Oranges, not to mention various film, TV and recording/production work.

Though he's shown himself to be at home behind the mike or behind the console, plugged in or not, Nissenbaum settles into a cozily acoustic niche for his first outing as leader. The compositions are all his own, but it's not hard to close your eyes and imagine you've happily stumbled on some obscurity from the Prestige or Blue Note vaults. The three-horn frontline (balancing the leader's trumpet with sax and trombone) adds a big dash of fun music-hall swing, while the rhythm section never fails to keep it snappy. Pianist Tim Brey can often seem more prominent than anyone with his range of briskly upbeat solos, but it's really enough of an ensemble piece that the combo as a whole remains the brightest star.

The feeling in any mode makes sure never to stray too far from bright and catchy. They dip into exotic mode with the slinky minor chordings of "Duende" and "For Gaby," while the title track oozes old-school jive and "King's Ransom Blues" find them jitterbugging like it never went out of style. Sharply smart and yet breezy enough to sound effortless, Bismuth should keep jazz cats of all ages on their feet and smiling.