Tim Brey is a young in-demand jazz pianist living in Philadelphia, and a recent graduate of Temple University with a Bachelor’s of Music in Jazz Studies. He has had the privilege of performing in small groups led by Norman David, Dick Oatts, Noah Preminger, Joanna Pascale, Terell Stafford, and John Swana.

At just 24 years old, Brey has performed internationally at the “Keep an Eye on Jazz” competition at the Conservatorium van Amsterdam (2012), and with saxophonist Raymond McMorrin in Urayasu and Fukishima, Japan (2013).

Brey’s extensive knowledge of the Great American Songbook and his commitment to keeping jazz fresh and relevant in an evolving, modern musical climate have made him a premier jazz solo pianist, leader, and sideman in Philadelphia and beyond.

Every Sunday he can be found running the “Midtown Jazz Jam with Tim Brey Trio” at Time Restaurant and Whiskey Bar in downtown Philadelphia. He also performs solo regularly on Mondays and Tuesdays at the Prime Rib in Rittenhouse Square. 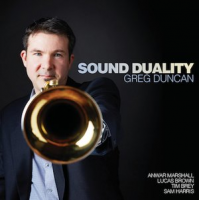 This Is Our Moment...

From: Secret Suite
By Tim Brey

This is Our Moment

From: Voice = Power
By Tim Brey

This Is Our Moment

From: This Is Our Moment (single)
By Tim Brey 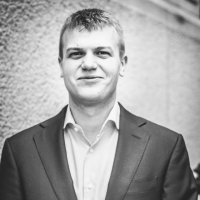 All About Jazz musician pages are maintained by musicians, publicists and trusted members like you. Interested? Tell us why you would like to improve the Tim Brey musician page.