BY NENAD GEORGIEVSKI
November 1, 2007
Sign in to view read count

There are people in this world who are blessed with the gift of constant searching for the beautiful in a world that has gone terribly wrong somewhere. Bill Frisell is someone that is evidently on a quest such as that one. Clearly one of the most original and most proficient guitarists now playing, he is acknowledged as one of the most influential and exciting jazz guitarists to emerge in the latter half of the 20th century. Noted for his unparalleled sensibilities, over the years Frisell has pursued emotional honesty over technical perfection to achieve a specific sound that is both powerful and beautiful. As a solo artist, he has explored various music venues and taken his listeners to a lot of places. He has explored the whole rich panorama of music, like jazz, blues, funk, chamber music, avant, noise, and ambient. On top of that, he has done some remarkable cross-cultural experiments with Brazilian and African musicians, all in service of a unique personal vision. Simply put, you never know what to expect from Frisell.

Floratone is the latest project by a group featuring Frisell, Matt Chamberlain, and producers Lee Townsend and Tucker Martine. Though it might seem that this is his solo work, actually it's a collaborative project. Still, Floratone showcases an amazing display of Frisell's subtlety and imaginative compositional and improvisational abilities. The choice of material grasps an incredibly eclectic range of musical styles. Folk, jazz, country, blues, psychedelia, and dub are wound together into an inseparable knot. The brilliance of this recording not only comes from their instrumental talents, but also from the remarkable compositions and arrangements they make, with an inexhaustible supply of interesting thematic, harmonic and rhythmic ideas. "Floratone came about simply by Matt and myself wanting to get together and make music in the studio and to have Lee and Tucker help us. We are all friends. We didn't have a record deal, a deadline, or any reason other than to have fun and see what might happen."

This record is an improvised affair which started from series of studio jams. Then the tapes were given to Townsend and Martine who took it from there and rearranged the material by editing and processing. Though the producers are credited as performers, actually the studio is their instrument with so much attention given to space and sound. "We started with improvisations, just Matt and myself. Then Lee and Tucker edited these into shorter, more manageable forms. Then we added Viktor Krauss. Then I wrote some melodies for Ron Miles [cornet] and Eyvind Kang [violin] to play. After that, we pieced it together bit by bit."

There's an old saying that one is only as good as the people with whom one collaborates. Judging by the list of people he worked with, Frisell is quite good indeed. His adaptability has made him a popular sideman, and his discography is full of wonderful music done in joint effort with people like Paul Motian, John Zorn, Jan Garbarek, Eberhard Weber, David Sylvian (the Sylvian/Sakamoto track "Heartbeat" features one of the best solos ever played by Frisell),Kenny Wheeler, Arto Lindsay, Don Byron, Vernon Reid, Petra Haden, Ry Cooder, Dave Douglas, Arild Andersen, Billy Hart, Marc Johnson, Joe Lovano, Lyle Mays, and Elvis Costello (to name but a few).

But in each collaborative project or guest appearance, his sound or voice is always unmistakably recognizable. What I like about certain musicians is their ability to add their magic regardless of the context and at the same time to keep their identity and credibility intact and strong. Therefore whether playing other people's music or his own, his sound is unique and vibrant with rich and often unexpected harmonics. "Collaboration is such an important part of music. Everything I've learned comes from it. I'm so lucky to have had the chance to work with so many amazing people."

The distance traveled from his first solo record, In Line, until today is enormous, and Frisell has shown such a broad scope in his playing. But some of his trademark features were present then. The playing is kept deceptively simple, with so much attention given to melody and sound. His thoughtful improvisations are creating contemplative and impressionistic soundscapes, and the result is very beautiful music. And the unique sound leaves a lasting impression on your heart. "I hope I've made some progress since In Line. In some ways, so much of what I do now was already there then. The basic idea was there. I hope I've gotten stronger. I think I have more confidence now. I'm not quite as afraid to do what I want."

Among the people that Frisell has worked with extensively over the years is his producer Lee Townsend who, besides producing Frisell's records, is also his manager. Townsend, who has signed records as a producer for people such as John Scofield, John Abercrombie, Charlie Hunter, and Pat Metheny , is the producer of gems such as Gone, Just Like a Train, Good Dog Happy Man, and Ghost Town. "Lee has been one of my closest friends and musical allies for more than twenty years. He helps me see things through, helps bring to life things that I dream about."

In recent years, Frisell has endeavored on trio projects with a specific taste for unusual combinations of jazz musicians—Ron Carter, Charlie Haden, Dave Holland, Ginger Baker, Elvin Jones, Jim Keltner, and Paul Motian. Add to this his regular trios with Kenny Wollesen and Victor Krauss, and Joey Baron and Kermit Driscoll, this format has elicited some of his most creative and spontaneous playing over the years. "Playing in a guitar-bass-drums trio (with the right people) is one of the most flexible, open, fun situations for me to play in. All you need is there, and you can turn on a dime".

What is noticeable about Frisell is his busy schedule. Just check his itinerary on his official web site. He is on tour for most of the year, and the news section announces countless guest appearances. Hard work has established him as one of the most sought-after collaborators; and on the other hand, rarely has any other musician delved into so many different musical styles. What drives him to work so hard? "There's nothing I'd rather do than play music. It doesn't feel like hard work. It's fun. Getting on airplanes is hard work." 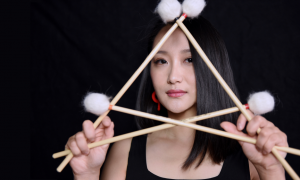