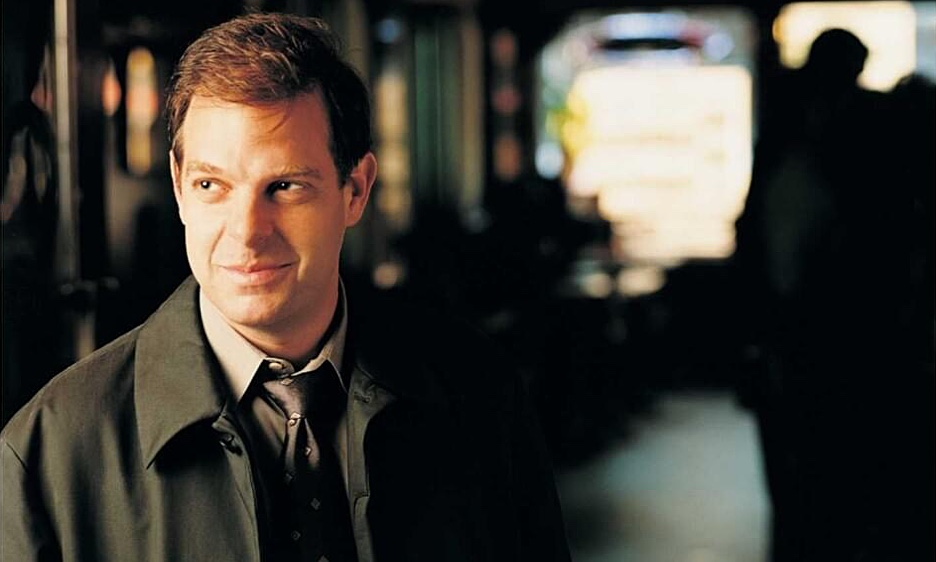 It's always easy to do a songbook; it's like doing a program of Chopin or Beethoven or something like that. It works very well to tie the whole thing together because you have one person's creative oeuvre and it was a good time for Hoagy.

As was evident in his first trio releases for Criss Cross, pianist Bill Charlap is genuinely interested in beauty. In his hands, even the most overt swingers seem to find melody expressed as a prime ingredient, with a lithe use of space and dynamics providing the shading to his most personal expressions. While 2000's Written in the Stars might have communicated Charlap's finest qualities to a larger audience, it's likely that Stardust may be the pianist's strongest showing yet on record, marked as it is by a sagacious use of guests and an entire program of Hoagy Carmichael originals. During a recent phone interview, Charlap waxed poetic regarding a myriad of topics, among them being his sophomore release for Blue Note.

All About Jazz: Obviously, you were thoroughly steeped in music as a child, with your father being a composer for various Broadway theatre productions. At what point did you decide that music might be a logical career choice for yourself?

Bill Charlap: I don't think there was a point. It was always central to my life and there really wasn't anything else that I could do. There was never a point, until I got married and had children, when music wasn't the most central and important thing in my life.

AAJ: Was there a range of different types of music that you heard growing up?

BC: Well sure, I listened to everything. When I was very young it was mostly classical, theatre music, and jazz. It was pretty much an even distribution of all three of those things. But that's what my parents listened to. They had a wide record collection and there was lots of music to be heard.

AAJ: What records made the most impact on your musical personality?

BC: A lot of my father's music was the first music that I had a real relationship to. As for records, [I enjoyed] things like the "Minor Prelude" by Rachmaninoff, some Ravel, Sarah Vaughan, Joe Williams, and music from "The Wizard of Oz." My older brother is a bassist and he was playing me things like George Shearing, Joe Zawinul, Thad and Mel, Miles, Coltrane, and all that, but the first record I bought was Horowitz playing Liszt. There was an Oscar Peterson two-fer on Verve that was real important, but I'm probably forgetting a few things because there was so much music being played all the time.

AAJ: Your three albums for the Criss Cross label seem to perfectly document your quest for a trio identity, finally settling on a partnership with Peter and Kenny Washington. Could you discuss that development and how it led to your work for Blue Note?

BC: Well, it's all kind of a slow progression of things. After many years you find the things that mean the most to you musically and you try to be as honest as you can about who you are and what it is you want to say and what makes you happy to hear. With Kenny Washington and Peter Washington, I really have found ideal partners in trying to make music the way we hear it in the context of this group. And I think that over a period, we were playing regularly in New York and it's just a natural progression really.

AAJ: Is there any difference between the way you approached those Criss Cross sides and the way you've prepared for your Blue Note dates?

BC: No, I would put the same focus on a record I made for nobody as I would for anybody. But the difference is that on a Criss Cross record one has an afternoon to make a record; for Blue Note sometimes we do it in two afternoons. We all kind of work fast because you kind of have to keep the mistakes, whatever they are, and it's all about recovering. Really, once you've done one or two takes it's over and I rarely use anything that isn't one or two because you start to loose that feeling.

I'm not making records that are to please anyone but myself first. I mean, I'm not changing my conception or playing repertoire that I wouldn't just pick for myself. To the credit of everybody over there [Blue Note], they seem to have the faith to let me do it the way that I hear it. I wouldn't do it any other way.

AAJ: It seems to me that in some ways there are two parts of your musical personality. There's the more hard bop approach as heard on records by guys like Gary Smulyan and Conrad Herwig and the more introspective part that is heard on your own trio affairs. Any thoughts on that?

BC: Well, you just try to play what the music asks you to play. I've done a lot of different types of dates and there are a lot of types of music that I love. I'm not trying to separate things; I'm just playing what the music asks for. By having a wide conception to draw on, it gives dimension to your playing in any context.

AAJ: What are you looking for in the musicians you choose to work with?

BC: I want to hear the bass and the drums and the chordal instrument at a certain type of level. I like to hear people that are playing for the whole group, not just for themselves. Those are my favorite kind of players. It's always about listening to the players that you're with and trying to be as honest as possible. It's always a struggle to get to the next step of purity in your playing.

AAJ: Where did the idea come from for making the new album pay homage to Hoagy Carmichael?

BC: It's just that the songwriters are paramount to some of the things I love about this music. And it's always easy to do a songbook; it's like doing a program of Chopin or Beethoven or something like that. It works very well to tie the whole thing together because you have one person's creative oeuvre and it was a good time for Hoagy. He was interesting to me because he's not a theatre composer. His music has a slightly different esthetic and a relationship to a certain side of American jazz.

AAJ: What was it like sharing the recording studio with such legends as Tony Bennett, Shirley Horn, Jim Hall, and Frank Wess?

BC: [I saw how] incredibly deep their artistry is and how great their craftsmanship and professionalism is as well. I mean, everything was done in one or two [takes]. To walk in and make such a deep musical utterance right away, I mean, they're all my masters. I don't see it like we're peers. It's one of the great gifts to be playing with somebody with that history.

AAJ: So where do you see yourself five years from now?

BC: I really don't know. I think all you can do is live each day and I can't really think that way. I'm going to do my best to keep developing as honestly as possible and to get closer to the center of my musical being. Anything else that happens will just happen or won't. I hope that the trio keeps growing and I hope my taste keeps growing. I hope that the ability to get closer to the essence all the time is always there. It sounds terribly pretentious to put it into words, but that's all your're trying to do is get rid of what isn't needed.