By WARREN ALLEN
March 30, 2010
Sign in to view read count
The diversity of clarinetist Ben Goldberg's musical interests may only be matched by the intensity of his study. He grew up on The Beatles and classic jazz, started playing Klezmer music at the University of California, Berkeley in the early '80s, and studied with renowned classical clarinet teacher Rosario Mazzeo. In 1984, he became the clarinetist for The Klezmorim, touring throughout the U.S. and Europe, where he also met and learned from the legendary soprano saxophonist Steve Lacy. In 1987, he started the New Klezmer Trio with drummer Kenny Wollesen and bassist Dan Seamans, a band that led the way in injecting elements of jazz and the avant-garde to the previously insulated world of Jewish traditional music. 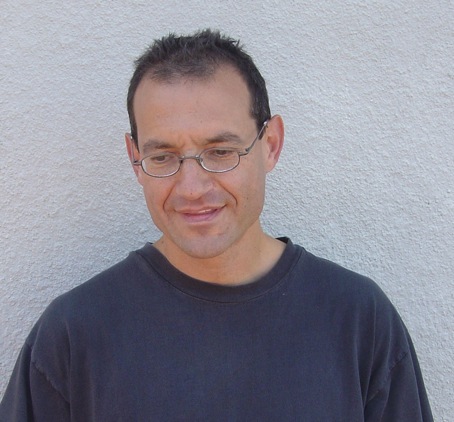 Since then, he has worked with musicians as influential and eclectic as Andrew Hill, Bobby Bradford, Bill Frissell, Vijay Iyer, Myra Melford, Nels Cline, John Zorn, and the genre-mashing Tin Hat outfit. Today, he is an integral part of the West Coast scene, and leads groups including the Ben Goldberg quintet, which crafted a deeply personal dedication to Steve Lacy with The Door, The Hat, The Chair, The Fact (Cryptogramophone, 2006). 2009 saw the release of Speech Communication (Tzadik, 2009), the first release from a version of the New Klezmer Trio in nine years. Goldberg also started his own record label to put out Go Home (BAG Production Records, 2009), an album of his heavily grooving compositions played by a quartet with Charlie Hunter on guitar, Ron Miles on trumpet, and Scott Amendola on drums.

All About Jazz: Did you grow up in a musical household?

Ben Goldberg: Well, my mother actually played the clarinet in high school and college. When I was little, she had pretty much stopped playing, but once in a while, she would take the clarinet out and play for us. I used to beg her to do that. I remember telling her, "Get that black thing out of the box!" I loved the smell of it, the sound. So, from a very early age I was focused on the clarinet.

AAJ: And your father worked in linguistics?

AAJ: So that must have informed your development, too.

BG: Definitely, and one thing I remember my father doing when I was little: When he would prepare his lectures at home, he'd be sitting in a chair in the study or on the couch, and as he wrote down notes for his lecture, he'd kind of mumble the words to himself, like, "Meh- meh-meh. Meh- meh-mah." And then, later on, I noticed that that's a big part of my style, my way of playing music— that kind of rhythm, that speech-like something.

AAJ: What were the first records that got you interested in music?

BG: When I was really little, we listened to a lot of Pete Seeger in my house. The next thing I remember was the Beatles. The White Album (EMI, 1968) and Sgt. Pepper's Lonely Hearts Club Band (Capitol, 1967) had a huge influence on me when I was young, about nine or whatever. After that, I got interested in jazz. I still remember, and I still have, the first jazz records I ever bought, and I was kinda lucky. I think the first jazz record I ever bought was Art Pepper Meets the Rhythm Section (OJC, 1957). I didn't know anything about anything, so to me, that's what jazz sounded like. And that's a great record, a really great record, and I really studied it.

Then I picked up two other jazz records that had a really good impact on me. One was by Cannonball Adderley, a record called Inside Straight (OJC, 1973) with Hal Galper and Roy McCurdy, and Nat Adderley of course, so it's a really beautiful, really funky album from the early '70s.

Then another one that I got ahold of by chance—well, two others I have to mention. One is a Sonny Stitt record that I just happened to buy because who knows why; I didn't know who Sonny Stitt was. And it still kills me. It's this one called So Doggone Good (Prestige, 1972), and it has Hampton Hawes playing the piano. So sweet. It's unbelievable. And the other one—this is kind of weird, but I walked into the record store and I stumbled into this unbelievable solo Thelonious Monk record. I don't know why I bought it. It was on this label called GMP; it might just be called Thelonious Monk. It's solo piano, and it's just so pure—even for Monk it's so pure. With songs like "Eronel" and "Evidence." It's so cool.

AAJ: It's interesting that the first three albums you mentioned are anchored by major alto sax players. Were you playing alto at the time?

BG: I was already playing clarinet in the concert band, but in those days if you wanted to be in the jazz band, you had to play the saxophone, so they put me on alto. That was probably part of it—I wanted to learn the alto.

AAJ: Was there one that you wanted to play more at the end of the day?

AAJ: So what was the first non-school band that you played in? 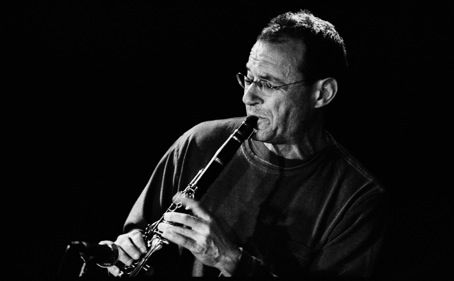 BG: Probably musical theater. I think I played in some kind of Gilbert and Sullivan. Actually, the first paying gig I ever had was subbing for some people that were in my high school, who had a band that played once a month at this local German beer hall, playing polkas. It was a polka band. They got, I don't know, five dollars or something for playing a whole night of polkas for people who were drinking a pretty amazing amount of beer.

AAJ: That sounds like it could be awesome, actually.

BG: No, it was terrifying! The main players got sick, and they asked me on very short notice. I didn't know what I was doing. I was terrified, but I got through the gig somehow. [Laughs.] That was my introduction to the world of professional music.

AAJ: Was there a particular point where you decided that you wanted to be a professional musician, then?

BG: I always knew that that was what I really wanted, but I wasn't sure exactly how one did it. In some ways, I didn't exactly have too many good models for it. I just kinda hoped that it would work out.

AAJ: So you kept doing it?

BG: I kept doing it, and I studied music in college [at UC, Santa Cruz]. That's when I got more serious about the clarinet, and I did two things. I hooked up with a really good clarinet teacher [Rosario Mazzeo], the guy whose students were the clarinet players in the major orchestras all around. Then I really learned to play the clarinet, finally. The other thing I did was I started playing klezmer music.

AAJ: What was it that really got you into klezmer in the first place?

BG: Well, for one thing, it was just a way to make some money playing music at weddings and stuff like that. But there's something about the music that grabbed me, too. I mean, for one thing, it had a virtuoso clarinet tradition, so that if you wanted to play klezmer clarinet there was a lot to learn, and that was fun. So you really had to study and I dug that. But then, I don't know, man, the music started speaking to me more, and it's certainly full of interesting sounds. Harmonically and melodically, it's put together in a different way from the music that I was playing.

AAJ: So from the Klezmorim, you started composing your own klezmer tunes. How do you go about that, composing within a tradition? Where do you begin to build from?

BG: We're talking about the time when I first began to write any music at all. That really was the question, like, "What am I trying to do?" In some ways, like a lot of people, at first I was just trying to sound like something. Somebody who starts off by writing jazz tunes— they're just trying to have them sound like jazz. For me, I was dealing with this thing called Klezmer music, which was, in a sense, well defined or had a certain feeling to it. I wanted to write something that had a feeling that felt like all those other songs that I played. I don't know if there was anything too original about all of it, but in some ways that wasn't necessarily my goal. In some ways, I just wanted to see if I could conjure up that sound.

AAJ: So it was sort of an attempt to evoke the same emotions that you felt in hearing it?

BG: For me, it wasn't so much about emotions; it was much more about the mechanics of it: how do they do this, how do they put the chords together, and that kind of stuff. So no, it was much more nuts and bolts. Then trying to do something personal with it, but still my goal was just to find out how they put it together.

AAJ: Then when you start the New Klezmer Trio you're moving to something more personal. With a lot of John Zorn's "Radical Jewish" music, a lot of the music on the Tzadik record label, one wonders at what point music no longer becomes 'Jewish,' whether that's a matter of the artist's perception, or something else. What is your opinion on that? 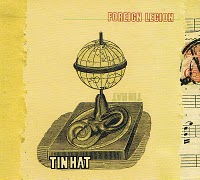 BG: Yeah, that's a tricky question. But, honestly, it's a question that hasn't really concerned me for 20 years or so.

AAJ: Did it ever concern you?

BG: Well, yeah, it did. It did concern me, and I was very explicitly interested, like when we first had New Klezmer Trio, in being able to say explicitly that that was Jewish music.

AAJ: New Klezmer Trio seems like an unusual setup for klezmer. You don't have a chordal instrument, no accordion. It's bass, drums, clarinet: very jazz-like. So did that change your approach, or was that part of the fun of exploring?

BG: Well, I always liked that type of instrumentation, based off that Sonny Rollins trio from Live at the Village Vanguard (Blue Note, 1957). For one thing, it gives you more rhythmic and harmonic freedom. Because one thing that had to be done away with, honestly, was the rhythm— not the rhythms, but the rhythm section approach, like chugging accordion or drumming that's going, "Chukka-chukka- chukka-chukka." You can't deal with that. It's locked you into a certain thing, and I wanted to do something different. And I could tell there was no way to do anything different unless there was more space in the rhythm section.