Some say you can't go back, but that's not always true. Emerging from his formative years as a rising star in the blue/newgrass community, banjoist Béla Fleck lept onto a much bigger radar with the release of Béla Fleck & The Flecktones (Warner Bros., 1990), after forming the group in 1988. Stretching and, in some cases, breaking down the boundaries of jazz, bluegrass, classical music and much, much more, the group's debut and two subsequent releases—Flight of the Cosmic Hippo (1991) and UFO Tofu (1991), also on Warner Bros.—positioned The Flecktones as virtuosos with mind-boggling chops, without ever losing site of the intrinsic musicality that made songs like "Sinister Minister," "Blu-Bop" and "UFO Tofu" so eminently appealing. Three years of cross-continent touring built a loyal audience, much as Medeski Martin & Wood would do a couple years later, with both groups becoming heroes to the jam band community that began emerging around the same time.

But, as is often the case with groups that tour incessantly, lineups don't last forever. Having had enough of the relentless road, and wanting to spend more time with his family, Howard Levy, who Fleck called "the man with two brains" for his unprecedented—and seemingly impossible, unless you had the chance to see him do it live, and even then it was hard to believe—ability to not only stretch a simple diatonic harmonica and make it sound like a chromatic one, but to do so at the same time as he played piano and keyboards, left the group in 1992. The remaining Flecktones, including über-bassist Victor Wooten and innovative percussionist Roy "Future Man" Wooten—who focused, in the early years, solely on his Synthaxe Drumitar, a guitar-looking instrument with a variety of buttons to trigger sampled drum kit sounds, percussion and more—soldiered on, first as a trio, then as a group that invited guests like Oregon woodwind multi- instrumentalist Paul McCandless and Fleck's Newgrass Revival cohort, mandolinist/vocalist Sam Bush, before settling into a consistent quartet for 12 years, with woodwind wizard Jeff Coffin. But as good as future Flecktones recordings were, and as much as the group continued to build and retain momentum, it never truly recaptured the freshness or staggering collective empathy shared by Fleck, Levy, Wooten and Futureman. 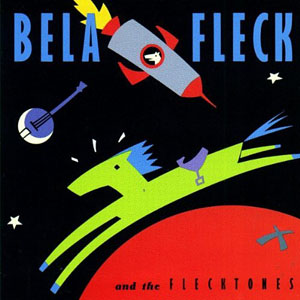 All of which makes Levy's return to the fold for Rocket Science a reason to celebrate. With Coffin off to join Dave Matthews Band after the unexpected and tragic passing of saxophonist LeRoi Moore in 2008, Fleck approached Levy to return to The Flecktones. Twenty years later, with the group adopting a more relaxed approach to touring, Levy simply seemed the only choice and it's beyond great news that he's decided to rejoin for a record and summer 2011 tour. Rocket Science recaptures everything that made The Flecktones' so fresh, so innovative, so important during its first five years. It's also clear just what Levy brought to the group, beyond his strengths as a player and, most importantly, a team player.

In the years since Levy's departure, everyone in the band has become a leader in his own right. Fleck, beyond the Grammy Award-winning The Flecktones, has released a slew of fine albums ranging from pure bluegrass to the especially moving Throw Down Your Heart (Rounder, 2009), where he returned to the banjo's roots in Africa, picking up another Grammy in the process. Wooten, in addition to his own growing discography as a leader, participated in S.M.V., a collaboration with two other bass heroes, Stanley Clarke and Marcus Miller. And while Futureman has no albums directly under his own name, he has been involved in a number of collectives, including the hippified jazz/jam band Eclectica, which released Streaming Video Soul (ArtistsShare), in 2009. The Flecktones continued to release fine records, and draw large crowds, as they did in 2004 at the Ottawa Jazz Festival, but post-Levy, there was always the sense that something was missing, as the group began something of a downward swing into near self-caricature, where chops and testosterone ruled and live shows seemed to become a near-endless series of impressive but ultimately less-than-memorable soloing. 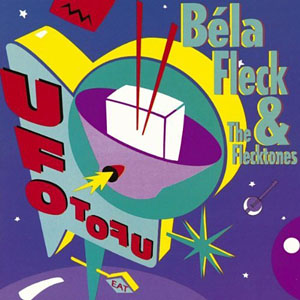 Happily, all the changes with the release of Rocket Science. The writing hasn't been this strong since, well, the last time Levy was in the band, and because Fleck remains the group's primary composer (though everyone contributes), it becomes clear that it's always been as much about who he is writing for as what he is writing. The tunes are still filled with knotty twists and turns, but there's also a sense of space that's back, right from the first tune, Fleck's breezy "Gravity Lane," which contains no shortage of metric shifts and a baton-like passing of the melody between Fleck, Levy and Wooten, but still seems to breathe in ways the Levy-less Flecktones failed to. And as Levy's harmonica breathtakingly moves in out and around the song's changes, and as Fleck takes a mind-blowing solo that's as impressive as anything he's ever done, it also becomes clear just how definitive the combination of harmonica, banjo, and sometimes bass in the front line really was to The Flecktones' sound, and how anything else has always felt, somehow, less, no matter how good it was.

Having another chordal instrument in the band also liberates Fleck from having to fill too many shoes. While he has used MIDI and looping technologies to create underlying harmonic movement in the post-Levy days—his remarkable sleight of hand and foot on "Vix 9," from Three Flew Over the Cuckoo's Nest (Warner Bros., 1993), as good an example as any—Levy brings the expansive orchestral voicings that only a piano can...and a much more definitive jazz-centricity as well. The Flecktones has always been considered a jazz band as much as a jam band, but when Levy left, the harmonic center of the group shifted. On Levy's gentle "Joyful Spring," the ambience of his piano ties it more closely to a tradition that's always been an underlay to the group, but which has become increasingly distant in recent years, while Fleck's "Falling Forward" positively swings.

And while there's no shortage of soloing throughout the hour-long set, the easygoing camaraderie and competitiveness that made The Flecktones' early performances so uplifting and filled with positive energy is back. Solos fly back-and-forth throughout "Life in Eleven"—a direct segue from "Joyful," and clearly co-written by Levy and Fleck as a context for plenty of friendly exchanges, with Wooten's combination of rapid-fire thumb-slapping, finger-popping funk, percussive harmonics and chordal inventions as impressive as ever; Fleck's light-speed picking and ability to ascend to exhilarating mini-climaxes a marvel; Levy's gritty harmonica and flurry-filled piano a constant source of wonder; and Futureman's playing anchoring the entire track while, at the same time, pushing and pulling his band mates to stretch for greater heights. Futureman, who no longer plays the Drumitar exclusively, gets to take a more extended solo during his own "The Secret Drawer," also incorporating his strange hybrid of drum kit and other percussion so big that it would probably take up the entire back of the van they used to use to transport both the band and its gear in its early days.

Some say you can't go back again, but with Rocket Science, clearly you can. Even the cover art harkens back to the cartoon covers of The Flecktones' early days. With The Flecktones hitting the road during the summer, there's a chance for those who missed the group in its formative years to really hear what all the fuss was about. And while every member of the group has become a better player in the years since they were last together in this incarnation, they've never played better as a group. Few reunions actually manage to successfully recapture the original magic and sound as if there is something new to say. Rocket Science puts Béla Fleck & The Flecktones back on the relevancy map; let's hope that Levy can stick around awhile, because if this album is any indication, there's plenty more in store.