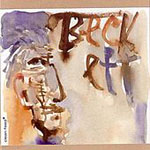 Beckett follows in the conceptual footsteps of Mamet (Delmark, 2001), guitarist Scott Fields' previous project inspired by an author. Tracking the thematic similarities between Beckett's writing and Fields' compositions is a tenuous prospect, like any project that yields inspiration from a divergent art form. Nonetheless, the album provides a challenging and rewarding listen on its own, with or without knowledge of its genesis.

Joining him for the first time are three new collaborators. Ubiquitous percussionist John Hollenbeck is a fountainhead of unique textures and unconventional rhythms, his pneumatic inventions contribute an array of percussive wonder to the session. Tenor saxophonist Matthias Schubert blends fervent angularity with a flighty, mercurial zeal, especially during his spasmodic tirade on the agitated "What Where." Cellist Scott Roller employs a diverse approach, blending a sober, singing tone with a scathing bow attack. His lyrical turn on the pensive introspection of "Come and Go" is as delicately melodious as his assertive assault on "What Where" is jarring. The leader shines in this spartan context, his bright tone accenting a razor sharp fusillade of notes one minute, genteel chords the next (sometimes together), as on the zany swing of "Rockaby."

Although conceptual allusions to literature might suggest haughty pretension, Beckett is actually Fields' most varied and swinging record in years. Even at their most abstract, these are engaging compositions, bolstered by zealous group interaction, rich harmonic ingenuity and stunning dynamic range. Like the work of its dedicatee, one listen to this album won't do it justice.

Breath; Play; Come and Go; What Where; Rockaby.