Fields has produced music on and off since the 1960s, first in Chicago, then in other places scattered about North America, Europe, and Asia. Cologne is now his base, if perhaps not quite yet his home. Fields' musical education was haphazard, to say the least. In a case of the blind leading the blind, at first he taught himself guitar. Later he was introduced to music theory in ad hoc study groups, attended theory and compositions courses at the University of Wisconsin, Madison, and tested the patience of a half-dozen or so private guitar teachers. As a composer he first wrote simple folk songs (this is age 12 stuff), then rock songs, then parodies of rock songs (these reflected his self-loathing of his insistence on continuing to perform as a rock guitarist just for the attention), then jazz head tunes, all of which led to his current mish-mash of material that, although he has scant interest in taxonomy, could be fairly called New Music or Avant-Jazz. Morphology has been his primary compositional interest in recent times, especially in how improvisational and compositional shapes fit together. In years past, through various pleading strategies, he has persuaded a remarkably diverse and skilled gang of musicians to participate in his amorphous ensemble. This wide-ranging posse feeds smaller groupings, from duos (or, if you want to get silly about it, Fields solo) to improvising chamber orchestras. Fields also jumps at the chance to work as a hired hand in the ensembles of other musicians. 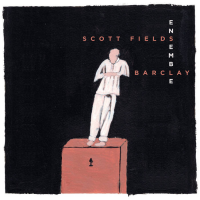 Everything Is In The... 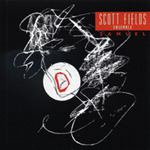 All About Jazz musician pages are maintained by musicians, publicists and trusted members like you. Interested? Tell us why you would like to improve the Scott Fields musician page.