By Anya Wassenberg
December 15, 2021
Sign in to view read count 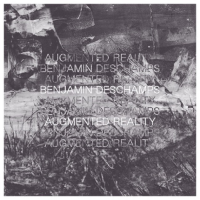 A dynamic approach, delivered with crisp modern panache, characterizes saxophonist, clarinetist & composer Benjamin Deschamps' Augmented Reality. For Deschamps, a greater reliance on an electric sound marks a considered departure from earlier work. A sense of forward momentum pervades all the tracks on the album, notably anchored by Al Bourgeois on the drumkit.

Deschamps' and his sax lead off the first track, "Unfinished Business," a song with an aggressive drive that showcases the ensemble's strengths— virtuosic technical precision, combined with a group dynamic which flows easily into and out of moods and modes.

There is a muscled approach, even in slower tempos such as the two tracks "Healing Chant: The Incantation" and "Healing Chant: The Resurrection." Taken together, the mood ranges from reverent but powerful, with all the focus on the sonorous winds (including a dark-toned bass clarinet), before giving way to a contemplative guitar solo. If the "Healing Chants" are meditative, "Parallel Universe" switches gears entirely to a more cerebral mode of expression. It is a nice showcase for Deschamps' sax chops in full kinetic mode, and the interplay with Nicolas Ferron's guitar, at breakneck speed, is spectacular.

"Opinions" is something like a frazzled traditional jazz song—if that mode was hyped on uppers and went on an extended, trippy adventure; it jumps from an almost big-band beat one moment to shades of bebop and experimental, and in and out of harmony and dissonance.

Appropriately, Deschamps saves the electronic noise for "Augmented Reality," the title track, where it plays in and out of a Rhodes and tenor sax, with a rock 'n' roll guitar line to anchor the sound.

Vocalist Valérie Saulnier is featured on one track, "Amitiés oubliées" (Forgotten Friendships), her clear soprano adding expressive vocalisms to the most laid back track on the release. Also notable is Jean-Nicolas Trottier on the trombone, marking a delicious contrast to Saulnier's voice. Later, she and Deschamps' sax sing rings around each other. It is all expression, in keeping with the song's premise.

"Fearless" unfolds in sections, opening with shimmering atmosphere, and then moving into a kind of contrapuntal section, back and forth into and out of a slow keyboard riff. Like the composer himself, the song is not afraid to take chances, or mix musical metaphors.

Augmented Reality is for contemporary jazz lovers who will appreciate the intricate attention to detail—all those delicate cymbal riffs, the stellar bass work underneath all the melodic lines—and sense of invention in composition. It is the organic groove of the musicians that seamlessly weaves all the threads together.