By Jack Bowers
December 2, 2016
Sign in to view read count 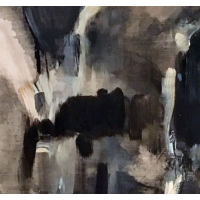 Sorry. If this is the direction in which big-band jazz is moving, please apply the brakes as quickly and gently as possible so that this listener may exit the train. When it comes to big bands, some members of an older generation cling to standards that must always be upheld. Not swinging is from time to time a forgivable sin, depending on the circumstances; plodding erratically forward with a minimum of charm and no clear purpose in mind is less permissible. On Atticus Live!, which was actually recorded in front of an audience, arranger Kyle Saulnier remodels the compositions of guitarist Jesse Lewis; more specifically, those on the guitarist's 2008 recording, Atticus, for a large ensemble.

Granted, some listeners—perhaps even many—may be entranced by The Awakening Orchestra's mind-set; this is, after all, the twenty-first century. On the other hand, those who have not been introduced should know in advance what to expect from Saulnier, whose vantage point seems to be about as far removed from traditional big-band jazz as one could possibly travel. In his defense, it should be noted that Saulnier is far from amateurish; he clearly knows music and how to blend and codify the sections of an ensemble. This he does well. The end result, however, is by and large divorced from big-band jazz as most enthusiasts have come to know and appreciate it.

When Saulnier does forsake modernism for convention, as on the gossamer "Snowflake," he fares quite well. But then it is back to the hubbub on the aptly named "Turbulence Is Bliss" before Michael Macallister's guitar introduces the comparatively zephyr-like finale, "The Pasture (You Come Too)." More of that would have been most welcome, even though the swing quotient remains rather low. Not much happens during the album's opening five minutes, as Saulnier uses Green's guitar, rhythm, some ethereal effects and not much more on the gossamer "Looking Glass" and "Build!," leading to the more emotive but no less unimposing "Adventures of Dirt McGillicuddy." "Atticus," around which the concert is built, glides from Nadje Noordhuis' mellow unescorted flugel to a dirge-like theme underlined by Green's candid guitar. "The Robert Frost Experiment" is suitably probative, the easygoing "Quiet" a peaceful oasis amid the tumult. There are some solos along the way, by Green, Macallister, Noordhuis, trumpeter Jonathan Powell, alto Vito Chiavuzzo, tenor Samuel Ryder and trombonist Michael Boscarino, but they are by and large in step with Saulnier's uncommon perspective and as such earn no extra points for finesse or fluency.

While Atticus Live! may not have broad appeal among those to whom traditional big-band jazz is sacrosanct, Saulnier and The Awakening Orchestra clearly have another audience in mind. Those whose hearts, minds and ears are more attuned to the complexities of contemporary jazz will surely be pleased by what the album has to offer. True, it won't be to everyone's liking; but these days, aside from mom and apple pie, what is?

Looking Glass; Build!; The Adventures of Dirt McGillicuddy; Atticus; The Robert Frost Experiment; Quiet; Snowflake; Turbulence Is Bliss; The Pasture (You Come Too).