”Rebirthing the cool in the 21st century, Jesse Lewis is flipping the script on jazz for a whole new generation,” writes Australian music critic Jeremy Balius (Fly Global Music). Hailed as “an articulate ace” (NY Times) and a “poet of the steel string” (Stereophile Magazine), New York City based guitarist Jesse Lewis is a first call collaborator with the finest musicians in the world.

Known as an extremely versatile and eclectic artist, Lewis’ distinctive sound can be heard on a wide variety of projects crossing through the worlds of jazz, world music, pop, and electronica.

Lewis performs at major music festivals and clubs all over the world and works regularly in New York City at the Blue Note, Birdland, Smalls, Joe’s Pub, and 55 Bar, and has performed at legendary venues such as Town Hall and Carnegie Hall.

Born in Boston, Lewis was first drawn to the guitar in high school through the music of rock groups like Nirvana, the Ramones, Jimi Hendrix, Led Zeppelin; and later, after hearing artists like Pat Metheny, Jaco Pastorius, and John Scofield, he began playing jazz music.

Wanting to learn more about the tradition and where jazz music originated, Lewis moved to New Orleans and studied with guitar marvel, Steve Mazakowski at the University of New Orleans. During his seven years in “the birthplace of jazz,” Lewis released his debut album Jesse Lewis Union (Lakefront Digital) which garnered critical acclaim. During those years, he also collaborated with many of the biggest names in New Orleans, including Nicolas Payton, Ellis Marsalis, Johnny Vidocovich, Stanton Moore, and Jason Marsalis.

Lewis' unique and eclectic style has also been utilized by a wide variety of artists outside of the instrumental jazz world, such as Grammy Award winning R&B sensation Chrisette Michele; African music legends Chiwoniso and Sam Mtukudzi; EDM superstar Dominic Lalli of Big Gigantic; and Motown Legends Little Anthony and the Imperials. Lewis has also worked with many legendary jazz vocalists including the New York Voices, Janis Siegel (Manhattan Transfer), and recently he worked on Taking Pictures, the new album by singer/songwriter Jo Lawry, which features Sting.

Read more articles
”Rebirthing the cool in the 21st century, Jesse Lewis is flipping the script on jazz for a whole new generation” (Fly Global Music) 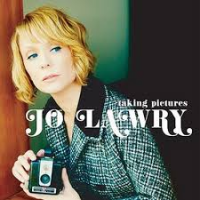 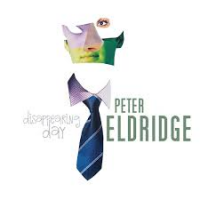 From: Hiding Out
By Jesse Lewis

All About Jazz musician pages are maintained by musicians, publicists and trusted members like you. Interested? Tell us why you would like to improve the Jesse Lewis musician page.