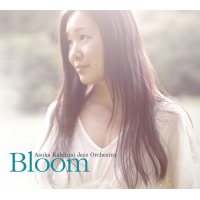 The difference between a "big band" and an "orchestra" in jazz is usually more than nominal in nature. On the surface, they may seem the same, but their intent, musical scope and arranging/compositional methodology are usually very different. While it can be seen as a bit of a generalization, the "band" tag often refers to groups that take the straightforward path, while the "orchestras" tend to take the road(s) less traveled. Duke Ellington paved the way for every adventurous jazz orchestra composer-to-be, Gil Evans and Bob Brookmeyer each extended on the promise held within such a grouping in their own special way, and Maria Schneider opened up a world of possibilities heretofore unheard of with her pastel-pure harmonies, heavenly creations and sophisticated thoughts.

While jazz orchestras, or big bands for that matter, aren't as prevalent as small groups, due to the obvious logistical and financial issues surrounding the creation and maintenance of said groupings, there is a passionate group of people out there who are putting the music ahead of financial gain and taking it in new directions at their own expense. While you can find some of these people in virtually any city with a strong jazz scene, the borough of Brooklyn has more than its fair share; it almost seems to be bursting at the seams with creative orchestras and trombonist/conductor/composer JC Sanford deserves a good deal of credit for this. While he leads his own large group, Sanford's role as a scene cultivator is of greater importance. His "Size Matters" series, showcasing large ensembles at Brooklyn's Tea Lounge, has given up-and-coming composers a place to put their music on display, and many of them—including Asuka Kakitani Jazz Orchestra—owe him a debt of gratitude.

The Osaka, Japan-born Kakitani honed her writing chops at Berklee and moved south to New York when she was accepted into the BMI Jazz Composers Workshop. Mike Abene and Jim McNeely were at the helm of the program when Kakitani came aboard and she continued to sharpen her writing skills while under their watchful eyes. It was during this time that she met Sanford, who also works as a contractor for BMI groups, and he gave her the encouragement to put together her own outfit. Her orchestra had its debut performance at the Brooklyn Lyceum in 2009 and it's had plenty of opportunities to develop and grow through its many appearances at Sanford's Tea Lounge series.

Bloom marks the recording debut of the Asuka Kakitani Jazz Orchestra and it's a stunner. A strong Maria Schneider influence can be heard in her writing, with swirling celestial harmonies and bright, brilliant and bold colors popping into the picture, but she's her own woman. The best writers out there tend to use their own experiences to create, rather than projecting some less-than-genuine fallacy of themselves onto their music, and Kakitani understands this; she knows where she comes from and she knows where she's going. One minute, she may be arranging a traditional Japanese song into a sophisticated showcase for Kenny Berger's riveting bass clarinet ("Opened, Opened"), and the next minute she might be building a harmonic wall of gorgeous sound with the full power of her personnel ("Dragonfly's Glasses"). Overlapping tides of shimmering brass help "Bloom" to develop, while "Islands In The Stream" undergoes some kaleidoscopic shifts that make it a non-stop thrill ride. Each song contains a ceaseless flow of musical wonders which are slowly revealed.

Plenty of people deserve shout-outs here, including Sanford who co-produced the album with Kakitani. Vocalist Sara Serpa does for Kakitani's music what Luciana Souza does for Schneider's material, bassist Dave Ambrosio brings a quiet majesty to the dawn of "Electric Images," drummer Mark Ferber does an unbelievable job with the peaks, valleys and turns of these pieces and guitarist Pete McCann is a sonic marvel on "Islands In The Stream." Every single brass and woodwind player on hand, not to be excluded, does their job to perfection, whether soloing or making up one part of the bigger picture.

With the whole year still lying in wait, it's more than a little presumptuous to say this is the breakout large group outing of 2013. However, it's hard to imagine any other newcomer one-upping Kakitani; this music is absolutely superb.