Guitar King: Michael Bloomfield's Life in the Blues David Dann 776 Pages ISBN: #978-1477318775 University of Texas Press 2019 Through a combination of journalistic objectivity, scholarly attention to detail and the passion of a fan, author David Dann accomplishes exactly what he professes to achieve in his 'Prologue' to Guitar King. That is, his publication will ..."contribute to that worthy eventuality..." [whereby]..."[Michael Bloomfield will] assume his rightful place among those guitar players whose ... 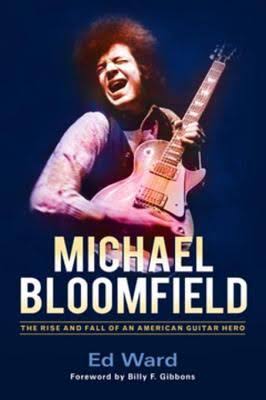 Michael Bloomfield was like a shooting star, a rolling stone who catapulted. Sorta like Hendrix, he lasted a little longer than the Purple Haze, until 1981, dying of a drug overdose at age 36. He suffered from insomnia as well as addiction. But for a time, if you were alive then (especially during the 1960s), and you listened to music, if you missed Michael ... sorry, but you were asleep. Okay, his music with Paul Butterfield, Bob Dylan, ...

While a proliferation of box sets continue to entice with career-spanning retrospectives-- sometimes entire discographies, like Legacy Recordings' recent Paul Simon: The Complete Albums Collection (2013)--few serve as aural biographies with the same degree of success as Mike Bloomfield's aptly titled From His Head to His Heart to His Hands, a three-CD/one-DVD long box produced by the only person who could truly do justice to the late bluesman, Bob Dylan compatriot, member of the seminal Paul Butterfield Blues Band and ... 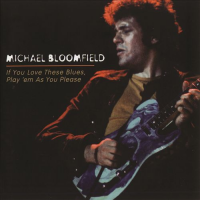 This compilation is a blues purists' dream, packaging If You Love These Blues, Play 'Em As You Please (1976), guitarist Bloomfield's personal tour through the history of acoustic and electric guitar blues, together with Bloomfield/Harris, his 1979 instrumental overview of acoustic country-gospel blues jointly conducted with guitarist Woody Harris. Bloomfield was the American leader in the same first wave of guitarists in which Eric Clapton and Peter Green discovered their blues-rock voices in Europe. Best known for his ...