If ever a first wave jazz-funk album deserved a 180gm vinyl reissue in 2020 it is this near masterpiece. It was originally released in 1975 on Flying Dutchman, the label Bob Thiele set up after he left Impulse!. Jazz-funk divided the jazz world in the 1970s as much as free-jazz had done a decade earlier. And with reason. Much of it was crap. Just like a lot of jazz-rock was crap. More or less desperate attempts by ...

They were the last act of the two night 35th Annual Norfolk Waterfront Jazz Festival held July 14 and 15 at Town Point Park. Because of inclement weather the festival had to be moved inside to the 46 year old Scope Arena. The star studded smooth jazz festival featured Russ Freeman with the Rippingtons, Najee, Pieces of a Dream, Euge Groove, Spyro Gyra and then the last act “The Superstars of Jazz Fusion"--Lonnie Liston Smith, Roy Ayers, Ronnie Laws and ... 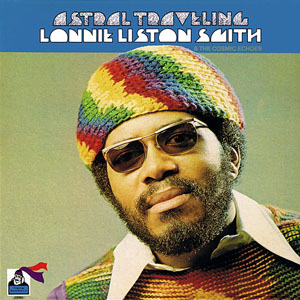 Lonnie Liston SmithAstral TravelingFlying Dutchman1973 For many jazz fans, pianist Lonnie Liston Smith irredeemably blotted his copy book decades ago. Right enough, for Smith's smooth jazz and quiet storm albums of the 1980s and 1990s were bland, blissed-out, insubstantial affairs. But between 1965, when he was featured on saxophonist (Rahsaan) Roland Kirk's Here Comes The Whistleman (Atlantic), and the early 1970s, when he was a member of trumpeter Miles Davis' electric ...

It's been suggested that if anyone bridged the gap between John Coltrane and Earth, Wind & Fire, it was keyboardist Lonnie Liston Smith. Born December 28th, 1940 in Richmond, Virg., he began his jazz career playing acoustic piano as a sideman with such luminaries as Pharoah Sanders, Rahsaan Roland Kirk, Betty Carter and Gato Barbieri. A stint with Miles Davis in the early '70s influenced Smith to switch from acoustic to fusion, a career change that has since defined him. ...

Reissued from four albums, Columbia's 2-CD set reveals all the energy and large-scale production effort that was placed into Lonnie Liston Smith's work from 1978-80. Two that had not before been released on CD, Love Is The Answer and A Song For The Children, as well as Exotic Mysteries and Loveland, reflect the funk attitude that scored big time in the '70s and rivaled disco as the popular beat of the decade. Smith is a lyrical pianist who surrounds himself ...