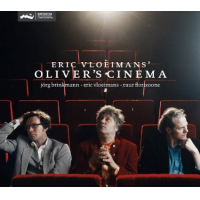 Dutch trumpeter Eric Vloeimans isn't afraid to try different things. In fact, he seems to relish the opportunity to work in a variety of settings. Vloeimans tangled with pianist John Taylor, bassist Marc Johnson, and drummer Joey Baron on Bitches and Fairy Tales (Challenge Records, 1999); he went the electric route with a quartet known as Gatecrash; he recorded with The Netherlands Symphony Orchestra on Evensong (Challenge Classics, 2013); and he pared things down, conversing openly with pianist Florian Weber ... 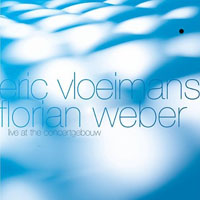 In a career spanning the intimate chamber jazz of Fugimundi to the electrified Gatecrash, Eric Vloeimans has emerged as a trumpeter with uncommon instincts, relentless lyricism and an astute ear for musical partnerships. It's been three years since his last recording as a leader--Heavens Above (Challenge, 2009)--but in the interim there's been an expansive five-CD career retrospective, V-Flow (Challenge, 2010), that shouldn't be mistaken as any suggestion that he's done all there is. If anything, V-Flow consolidates and contextualizes Vloeimans' ... 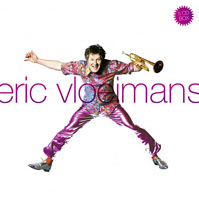 Eric VloeimansV-Flow Challenge Records2010 Still on the shy side of fifty, but looking considerably younger--in no small part due to a distinctive image with colorful clothing and funky shoes--it might appear premature to be releasing a five-disc box set that takes a retrospective look at the career of Dutch trumpeter Eric Vloeimans. But as the trumpeter begins to gain international stature through touring with his two main projects--the quirky chamber jazz of Fugimundi, ...

Few musicians from Holland are seen in the U.S., let alone in South Florida, but when they are, it is a rewarding experience. Although Eric Vloeimans is virtually unknown as a leader on North American shores, he is no stranger to audiences familiar with some European jazz markets, where he is held in high regard. The inventive and award-winning trumpet player performed in the U.S. with the likes of the Frank Foster Big Band and the Duke Ellington Band while ...

Art with Edge is the title and conceptual framework for the 29th season of Tigertail, a festival of the arts in Miami Beach. With support ranging from the Consulate General of the Netherlands to Barefoot Wine and Bubbly, Grolsch, Prima Pasta and Rain Organics, South Florida had the truly rare opportunity to hear the Eric Vloeimans Trio aka Fugimundi

The Dutch trumpeter and ... 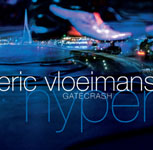 The year was 2006, the setting was the Lantaren/Venster Theater in Rotterdam, and the initial culling from this live performance by Gatecrash--led by trumpeter Eric Vloeimans--appeared under the rubric Gatecrashin' (Challenge, 2007). The remaining material from that performance is released as Hyper and, just as its predecessor, it does not thwart the best jazz has to offer in any of its stylistic mores. “Magnolia," like a lot of the material interpreted by this ensemble, has a delightful, catchy ...