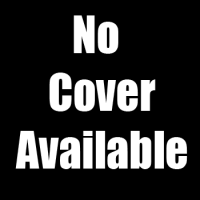 Bradley Allen, like many, got his start in jazz as a member of a Service band. For him, it was a seven-year stint in the U. S. Army Band. Working in a small group context, Allen has released his second self-produced album. One difference from the first album is that the sax is dropped while another guitar is added to join Tom DeMasters. Also, Allen sings in a pleasant, unassuming manner on several cuts. The interplay between DeMasters on electric ...

A graduate of Nebraska University and a veteran of one of the best on the job training gigs a young music professional can come by, the U.S. Army Band, drummer/leader Bradley Allen has selected a diverse set of tunes for his debut album. He runs the spectrum to present Bop, Swing, R & B and Jump Jive. Along the way he is joined by Kansas City friends who work well in any of these diffuse genre. There's Louis Prima's “Jump, ...