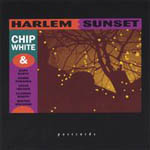 Joris Teepe: For Adults Only

With For Adults Only, Dutch bassist Joris Teepe adds to the steady flow of strong live albums being recorded at Smalls in New York. Enlisting David Hazeltine on piano, Bruce Cox on drums, and a killer frontline in Don Braden and Chris Potter, Teepe offers a batch of originals and standards with some provocative twists. The band sets Strayhorn’s “Chelsea Bridge" to a mid-tempo, “Killer Joe"-type groove with tight ensemble hits on the melody. Hazeltine and Teepe share the spotlight ...

Joris Teepe Quintet: For Adults Only

The album’s title comes from Joris Teepe’s title track. “For Adults Only," a serious hard bop anthem, drives the listener through a strenuous tenor battle by the quintet’s two-saxophone front line. It’s a unique sound, and the propulsion from this rhythm section makes it work. Don Braden and Chris Potter have distinct saxophone voices, making it easier for the listener to identify each. Their conversation closes out “For Adults Only," as the duel turns into a riot. Similarly, Freddie Hubbard’s ...

Joris Teepe: For Adults Only

Dutch-born bassist Joris Teepe lined up some of the most impressive young talent in New York for his debut release on the newly revived Postcards label. Recorded live at Small's, the late-night musicians' hangout in Greenwich Village, the album captures Teepe and a formidable front line of saxophonists Don Braden and Chris Potter, along with in-demand pianist David Hazeltine and drummer Bruce Cox, in a spirited set of up-to-the-minute New York jazz.

As represents composer/saxophonist Ralph Simon’s second recording as a leader. Although originally recorded in 1981, As sounds remarkably fresh while consistently conveying a contemporary feel or vibe which is evident from the opening moments of Simon’s piece, “Kalimba”. Here, Simon and his bandmates elicit tropical themes enhanced by the late Gene Adler’s meticulous utilization of the kalimba along with vibraphonist Jeff Berman as Simon provides the ethereal treatments and acute expressionism via his soprano sax. Peppery yet low-key rhythms prevail ...

Bob Stewart is one of a select few who have catapulted the tuba into more of a prominent role within jazz and modern music circles. With that, Stewart enlists a mighty impressive cast of jazz musicians along with the legendary folk-blues singer/songwriter, Taj Mahal on Then & Now.

Stewart handles the bottom end without the utilization or perhaps, requirements of a bassist as he drives the band forward on “Hambone” which is a New Orleans style R&B/Funk number featuring brassy ...

The great jazz pianist Steve Kuhn tackles well-known standards and not so familiar compositions by performers such as Brazilian guitarist Dori Caymmi, bassist Steve Swallow and a contribution from saxophonist Bob Mintzer on Seasons of Romance.

The opener, saxophonist Bob Mintzer's piece titled, “Six Gun" is an ebullient, mid-tempo swing while Kuhn's easily-recognizable or patented elegance and signature style is notably portrayed from the onset. Kuhn's flair and casual poise ride atop the skillful rhythmic articulations by veteran and highly ...