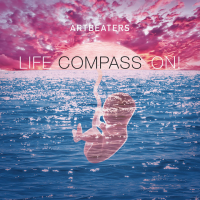 Artbeaters were a Slovenian band in search of a leader, in whom they found violinist Peter Ugrin. Ugrin had completed his studies in music in New York City, returning home to an opportunity awaiting him. After two intense years of woodshedding and performing, the band recorded their well-received debut recording, Garden of Adventure in 2013, going on to perform throughout Europe. Now emerges the band's sophomore effort, Life Compass On!, demonstrating further growth in these already fully-established musicians. “Their original ...